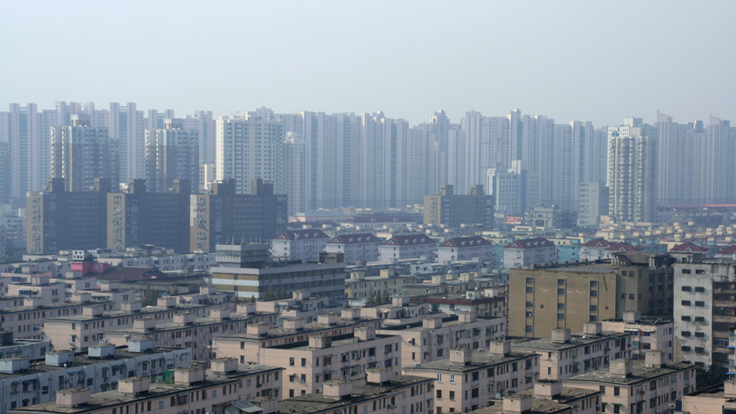 
China will increase the amount of land available for residential property development in the fourth quarter, as the government continues its efforts to stabilize the housing market.

In the first nine months of 2013, the supply of land made available increased to 91,700 hectares, jumping 28 percent from the same period last year, according to the Ministry of Land and Resources.

The amount of new land supplied to the market during the first three quarters was higher than the five-year average, but land sales continue to soar in major cities, defying government efforts.

Municipal residential land sales increased 26 percent during the first eight months of the year compared to last year, according to Bloomberg. In turn, the average price per square meter increased 43 percent, increasing proceeds for Chinese cities by 80 percent to 816.5 billion yuan ($133 billion).

The continuous increase in sales activity and prices are challenging government campaigns to cool the property market.

"If the momentum in the land market can't be cooled down rather quickly, it's actually a fairly dangerous signal," Bei Fu, Standard & Poor's Hong Kong-based property credit analyst, told Bloomberg. "Should it keep heating up, we're worried there might be further policy tightening, and there could be consequences for the entire market that are unpredictable at this point."

As land prices increase, so do new home prices. In August, new home prices grew at their fastest rate in at least 2 1/2 years, adding to fears of a growing bubble in the housing market.

The land ministry has recently required major cities like Beijing, Shanghai, Guangzhou and Shenzhen to ramp up the amount of residential land made available, Reuters reports. In Beijing, the supply of land increased 52 percent during the first nine months of 2013 compared to last year.

"We expect land available for property development will continue to increase in the fourth quarter," the ministry said. "There will be a certain amount of land turning into market supply in the first half of next year, which will be able to effectively stabilize current market expectations on housing and land markets."