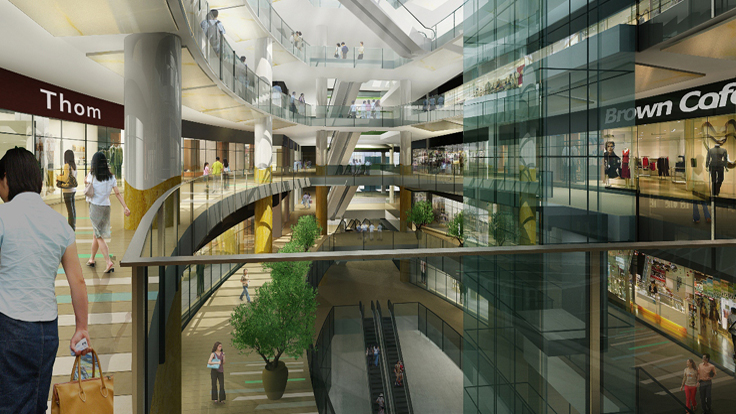 Report: No Oversupply of Shopping Malls in China

"Three years from now, the stock per metropolitan consumer will actually be lower in many cities than it is today," Jones Lang LaSalle concludes. 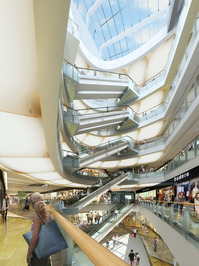 JLL defines the consumer class as a person making RMB30,000 a year (about $4,800 a year). The percentage of the urban population that falls into this consumer class "varies widely between different cities in China," JLL reports.

Of the 20 cities tracked by JLL, shopping mall vacancy is highest in Shenyang, Zhengzhou, and Chengdu.

"This mainly reflects the large percentage of the city's stock that was recently completed and has had little time to stabilize, rather than weakness in the overall market," the report states. "Over time, as these malls stabilize, the firm expects the vacancy rate to trend downward."

Ultimately, demographics won't be the key issue for retailers, JLL concludes. Malls in major cities will be successful if they can execute.

"Every city will have a handful of successful shopping malls regardless of the total level of stock in the city, but it will come down to good retail asset management to determine which schemes will succeed," said Steven McCord, local director for Jones Lang LaSalle Research Shanghai. 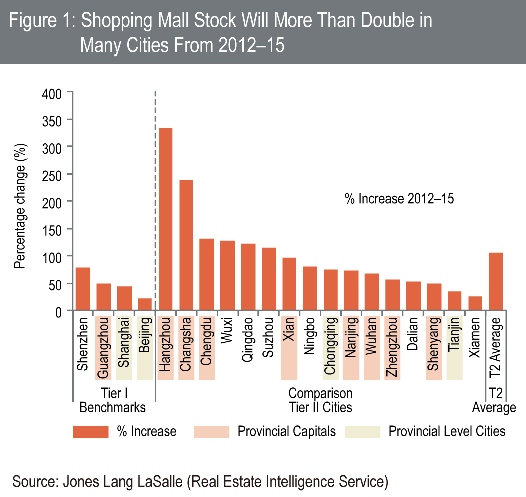