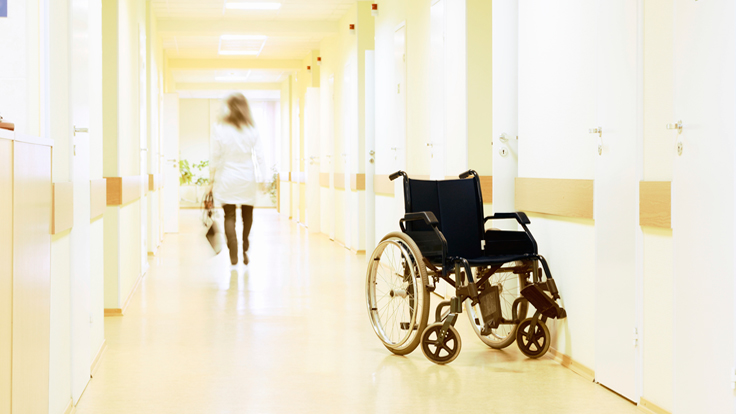 
With a rapidly ageing population, China is facing a dramatic demographic shift that is attracting overseas hospital operators and developers to the senior living industry. But despite attractive raw statistics, the industry is difficult to develop, and both overseas and local companies have struggled to find a way to make the numbers work in their favor.

There's no doubt that the figures are compelling. In 2000, only 7 percent of China's population was over 65, or 88 million people. Now, the figure has risen to 170 million, or 14 percent of the population. And research shows that by 2020 that the tally will grow to 265 million.

Only around 10 million of the senior population have an annual salary of 1.5 million or more, the level that would allow them to afford Western-style senior care facilities, estimates consultant, Bromme Cole, who specializes in senior care in China with his company Hampton/Hoerter.

After an initial surge in development from companies looking to address the demographics, it feels like "the morning after the big party," Mr. Cole told World Property Channel. "You don't feel so good, and the girl that you wake up with doesn't look so good. That's the reality of senior living now."

Several partnerships have floundered, while some promising developments, such as the General's Garden in Beijing, have struggled to attract residents. While that project's high-acuity facilities have fared very well, the rest of the development was a "lifestyle" project, and failed to draw customers. The partnership team that put it together has now fallen apart.

"The four horsemen of senior living are the cost of land, no zoning, the fact that the age group that are over 65 are children of the revolution and taught to be very thrifty, and the lack of a payer," Cole said. Many Chinese people feel their Communist government should provide senior care for free.

"One of the things we have tried to do is to augment our skill set, which is in senior care and assisted housing," Nate McLemore, Columbia Pacific's managing director, said. "The way the market evolved in the United States, which began around skilled nursing facilities, may or may not be the way it evolves in China."

While many developers initially built huge, 1,000-bed facilities, Columbia Pacific has started small. Its first facility in Shanghai, launched in October 2012, has 100 beds over five floors. It is now targeting a second project in Shanghai.

"We're learning, and I think the market is learning and maturing as well," McLemore said. "Even in the U.S. with all our experience people think about it differently and package it differently."

The market in the United States has been developed around "empty nesters" who decide they want to live in a community that offers plenty of social interaction. In China, by contrast, Cascade tends to see much more high-acuity patients who need health-care types of service. It also tends to see a wider range of customers than it does in the United States, which makes operating a facility more challenging.

Cascade is targeting not only the Tier 1 cities in China - Beijing, Shanghai, Guangzhou and Shenzhen - but also around 10 of the next-biggest, such as Hangzhou, Dalian and Wuxi. It is also working on finding sites in the center of those cities - other developers discovered that since the relatives of Chinese seniors like to visit regularly, and that rural sites failed to attract customers.

Cascade has also been learning from its affiliate Columbia Asia, which operates 23 hospitals in Southeast Asia and India, which shares many of the same demographics as China.

"The key is going at a measured pace so that we really understand what the right services mix is," McLemore said. "Our goal is really to take the best of what has been developed internationally and leave behind some things. The industry has developed over time into a model that is more driven by regulation and categories of care - it may be that China has a different set of needs."