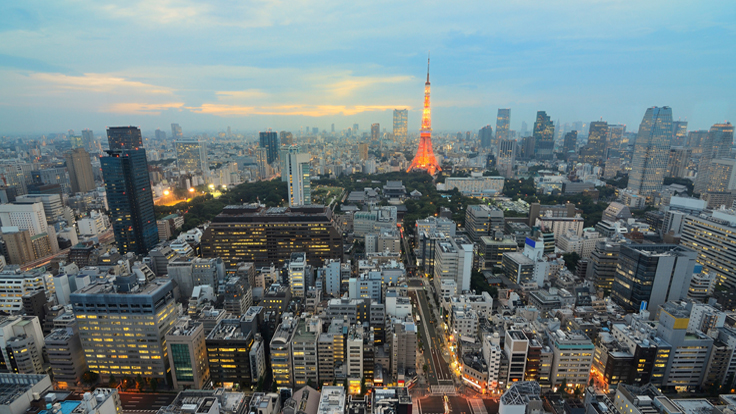 
Grosvenor, the company that manages the property assets of the Duke of Westminster, is launching a new club-group partnership to invest in Tokyo property, which it believes offers the best opportunity in Asia.

The company typically identifies cities that it targets for investment and has in Asia focused on Tokyo, Shanghai, Beijing and Hong Kong. But economic concerns over slowing growth in China, as well as credit tightening on the mainland and in Hong Kong, have encouraged it to shift focus.

"Right now we see most attractive pricing in Tokyo," Nicholas Loup, the chief executive of Grosvenor's business in Asia Pacific, told WPC News. "There is a bit of an adjustment at the macro level in China, with the focus on shadow banking and monetary restrictions. Some of those restrictions also apply in Hong Kong."

Grosvenor has started fund raising for a new fund that will see it team with two to three other investors, raising $250 million to $300 million. Since the partners will team with local developers on joint ventures, the total capital will likely amount to around $400 million.

Grosvenor Asia Pacific injects its own proprietary capital into private deals, separate from the Grosvenor Fund Management arm that creates traditional fund structures for investors. The new partnership is not a fund and does not have the traditional general partner/limited partner structure, but is instead a joint venture type of deal, the company says.

The investment vehicle will invest in four to six deals, taking a majority stake in any individual project. It will be drawing on its local team to identify projects in Tokyo, where it has operated for 12 years, learning the intricacies of a market that is notoriously opaque and sometimes tricky for overseas investors to navigate.

Tokyo "has its own level of complications just because of availability of data, particularly in the residential market," Loup said. "We've got an experienced team on the ground there. You need to build up a local experienced team to get access to deals and create partnerships, and we have a steady flow of pipeline deals."

Grosvenor believes Japanese real estate is a good cyclical opportunity. "We started investing again in Tokyo not too long after the earthquake, and even before the earthquake we thought the timing was about right," Mr. Loup said. "We've since then got the unforeseen effect of so-called Abenomics."

Société Générale noted on July 24 that the yen has lost 20 percent of its value compared with its 2012 average, boosting exports and encouraging inflation from imports, while economic sentiment has improved to its most optimistic level since 2008. Though long-term structural reforms are necessary, SocGen said, "Abenomics appears to be succeeding."

On the other hand, China seems to be on shaky ground. Standard & Poor's said in a July 23 report that half of the 38 property developers it rates have B+ credit or worse, meaning they are "weak" or "vulnerable" with aggressive or highly leveraged risk profiles.

Grosvenor focuses on high-end residential projects in Asia, either building from scratch or, as it has particularly done in Tokyo, buying and refurbishing existing developments. In March, it bought the 102-unit Park Habio Azabu Tower, following up on its previous acquisition and overhaul of the Roppongi Arents and The Mark Minami Azabu developments.

The new partnership will have a two-year investment period to do deals, with a turnaround timeline of five to six years for completion, for a total lifespan of about eight years.

Grosvenor has a total of HK$12.7 billion (US$1.6 billion) in proprietary assets in Asia.