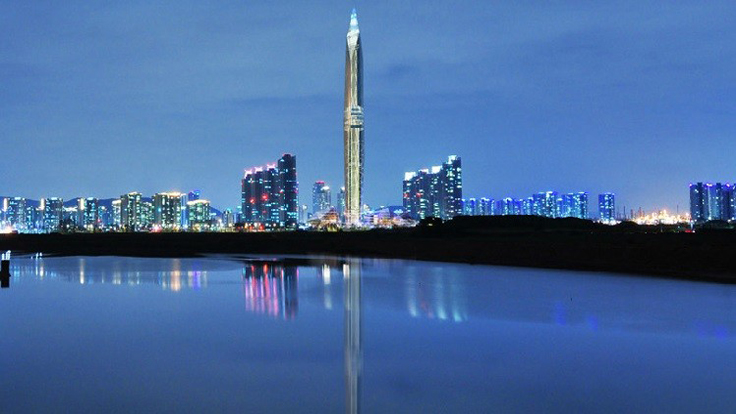 
South Korea is adding a new twist to the battle to build the world's tallest and most eye-catching towers. A state-backed developer will soon build a tower you can't see - at least from certain angles. 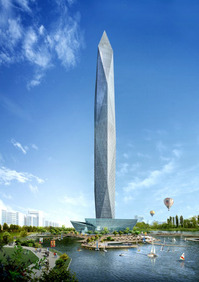 U.S.-based GDS Architects has been granted approval to begin construction on what is billed as the world's first "invisible" tower. The glass-encased Tower Infinity will reach 1,476 feet high and feature the world's third highest observation deck.

But it's most dramatic feature will be an optical illusion. The tower will have 18 waterproof cameras placed around the tower. Real-time images will then be displayed on hundreds of LED screens surrounding the facade, creating the "invisible" illusion.

"Too often in modern times, the phrase 'Landmark Tower' is indicative of a nation's desire/ego to showcase a level of economic prosperity and technological achievement for others to envy," GDS design principal Charles Wee said in a press release. "Our heart, minds and motivation were set to represent the power of absence and the strength of 'nothingness.'" 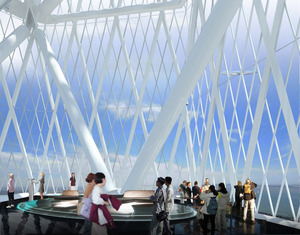 The tower will be near the Incheon International Airport just outside of Seoul. The tower will use flashing warning lights to warn pilots. Birds will also see the tower, the architects say.

Plans call for Tower Infinity to include a theme park, restaurants, a movie theater, a roller coaster, a water park and a series of observation decks, according to CNN. It will not include office or residential space. 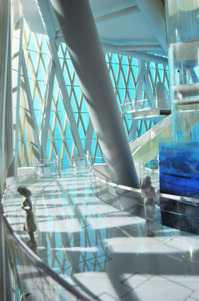 Even though the architects are not aiming for height records, Tower Infinity would be the sixth tallest tower in the world, behind Tokyo's SkyTree, Guangzhou's CantonTower, Toronto's CN Tower, Moscow's Ostankino Tower and Shanghai's Oriental Pearl, according to the Council on Tall Buildings and Urban Habitat database, the Skyscraper Center. (Structures with less than 50 percent of the tower's height occupied by usable floor space are classified as "towers" not "buildings," according to the CTBUH height standards. The tallest building in the world is the 2,717-foot Burj Khalifa in Dubai.)

The tower is due for completion in 2014.