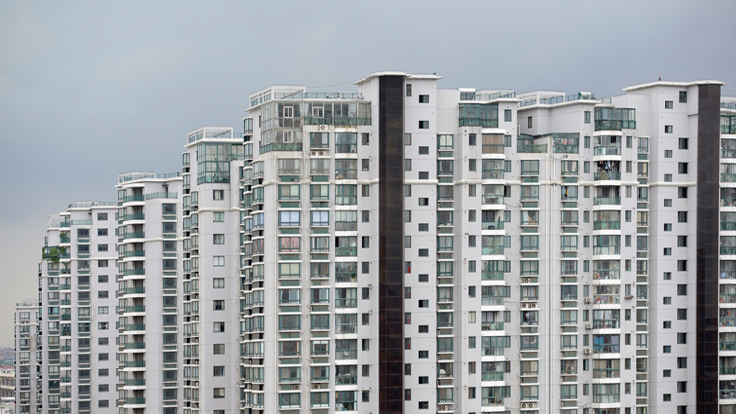 
The Swiss bank UBS has embarked on a ground-breaking project to invest in affordable housing in China, in a project that will accommodate "key workers," public-service employees like firefighters and the police.

In the first deal of its kind in China for an overseas investment bank, UBS Global Asset Management will manage a fund investing in public rental housing in Shanghai. The asset-management arm of China Taiping Insurance Group, one of China's "Big Five" insurers, is the lead investor backing the fund, which will develop housing worth around US$100 million.

UBS is also in talks with other cities and insurers to develop public housing elsewhere in China. It already has a joint venture fund with the Chinese developer Gemdale that has invested in traditional real estate in secondary cities such as Shenyang, Hangzhou, Xian and Yangzhou. The Hangzhou development also has a social-housing component.

The potential for involvement in China's massive social-housing scheme is huge, analysts say. But private developers inside China have shown little interest in the sector, preferring instead to build higher-margin luxury apartments and homes.

Former premier Wen Jiabao pledged in 2011 that the government would build as many as 36 million affordable-housing units over the next five years.

Those aggressive plans equate to a target of 6.3 million social-housing units starts this year, according to Mizuho Securities analyst Alan Jin, with a completion target of 4.7 million units in 2013.

Public rental housing, with rents that are guaranteed by the Chinese state, is a good potential match for the needs of Chinese insurers, which typically look for long-term, stable income streams to match their future obligations in terms of insurance payouts.

New regulations allow Chinese insurers to invest in real estate for the first time, having previously been able only to own their own offices. Now they are able to invest 15 percent of their US$1.2 trillion in assets in property. That means there is a pool of US$180 billion looking to be put to work in the asset class, according to the brokerage CBRE.

To date, though, foreign companies have shown little interest in the sector, particularly since most property investors see Chinese real estate as necessitating a high yield to make it worthwhile.

"Local insurance companies are very comfortable underwriting a local government," Trevor Cooke, the head of real estate in the Asia Pacific region for UBS Global Asset Management, said. "For foreign capital it's been harder. There's always been a premium for coming into foreign markets. And then there's been a China premium."

He estimates institutional capital is growing at 20 percent per year in China. "That capital is going to need to find a home," Cooke said.

The Shanghai project will produce about 1,000 apartments and is being developed with the public-rental housing division of Hongkou, a district in Shanghai. The government will maintain the list of workers who qualify for the housing. The idea is that they live close to where they work, even in areas where they may not be able to afford market rents.

UBS Global Asset Management (China) Ltd. is the investment manager of the fund, with UBS SDIC Fund Management Co. as the adviser.

UBS admits affordable housing is primarily of interest to local investors. But Chinese cities and provinces can offer land at a discount or for free as an incentive to get insurance companies such as Taiping to back the project.

"Obviously the size of the opportunity is as big or bigger than what the private market has been developing," Benjamin Cha, managing director for the Asia Pacific region at UBS Global Asset management, said. "In land auctions and land grants, the government is more and increasingly stipulating that event the private developers have to develop a component of their projects into social housing."

There has been concern that not all the money devoted to public housing in China is finding the right home. Around US$1 billion has already been misappropriated from the program, according to the National Audit Office, with the money spent to promote or start conventional housing projects and other construction.

But China's "Big Five" insurers are likely to provide stable partners for overseas investors. Standard & Poor's gives China Taiping Insurance an investment-grade rating on its Hong Kong-issued bonds, although at BBB+ on the lower end of the scale.