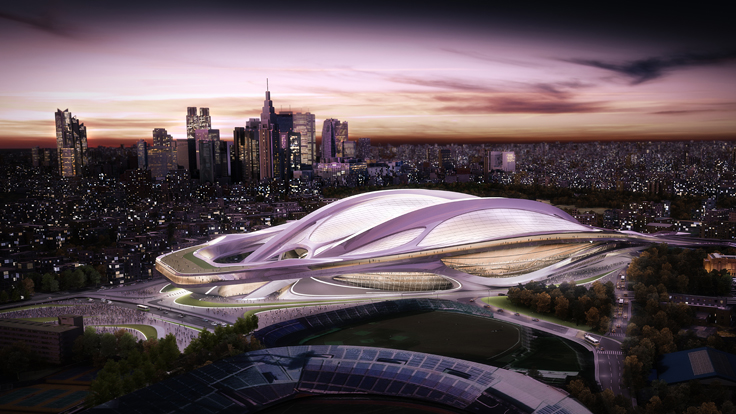 
The awarding of the 2020 Olympics to Tokyo has caused a flurry of rosy forecasts about how lavish government spending, mostly by the Tokyo city government, will augment Shinzo Abe's ambitious "Abenomics" plan of reforms. It would certainly be heartening to see what is still the world's third-largest economy, get back on its feet after more than two "lost decades."

The awarding of the Games has already restored some much-needed pride, and of course the construction industry is champing at the bit. There will be ¥383 billion ($3.9 billion) in construction investment on 11 new permanent venues and giving a new lick of paint to 15 existing community sports facilities, according to Will Johnson, head of research and consultancy at Savills. The National Stadium, designed by famed architect Zaha Hadid, will cost ¥130 billion alone.

So will the Games become the fourth arrow in Abe's quiver, beyond the three he has already drawn (stimulus, money printing and reform)?

"It is not clear that such waste will filter through to the broader economy, beyond contractors, and whether real-estate in general will gain."

There's good reason for the construction industry to be joyous. Japan has a history of "jobs for the boys" construction projects and white-elephant spending, partly a product of the undue influence rural constituencies have in politics. Many a road or bridge to nowhere has been built.

But it is not clear that such waste will filter through to the broader economy, beyond contractors, and whether real-estate in general will gain. Japan's prior experience with Olympics has not been encouraging.

After Nagano was awarded the 1998 Winter Olympics, the official in charge of its Olympic bid committee, Junichi Yamaguchi, burned all the documents related to how the small city in the Japanese Alps won the bid. He said this was a "courtesy" to the members of the International Olympic Committee that selected Nagano, because revelations stemming from the documents "could cause unpleasantness to them."

But he did give a description of their contents, noting that Nagano had flown 62 IOC members and their companions to Japan in first class, put them up in luxury hotels in Tokyo, Nagano and Kyoto, courted them with geishas and given them helicopter tours. The flights cost at least US$10,000 each, and lodging, US$5,000. Many of the officials came from countries that have no snow and take no part in the Winter Olympics. 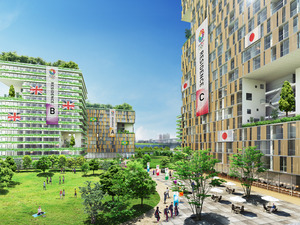 When Tokyo held the 1964 Olympics, Japan built the Tokyo-Osaka bullet train to ease travel for visitors to the ancient city of Kyoto, even though none of the events took place outside the capital.

There's a "now you see it, and now you don't" element to Olympics spending in Japan, according to Nicholas Smith, CLSA's Japan strategist. It's clear there is an official pot of money to pay for such games, a "shady" pot, and a "not strictly necessary but I couldn't resist it" pot.

The first, official pot for Tokyo 2020 is US$5 billion, he notes, but "two and three have the most honey and the most flies around them." If Japan is to afford such "extravagance," Smith added, "it has to get super-busy printing the money."

That suggests a dramatic depreciation in the yen, which would hammer the value of any Japanese real estate when translated into foreign currencies for overseas investors.

Still, the games will certainly lead to extensive construction. When Tokyo failed in its bid for the 2016 games, one of the detractors to the plan was the cramped athlete's quarters. Now, the Olympic Village will be a fancy 44-hectare development along Tokyo Bay, in Harumi, 40 percent larger than the prior plan.

Apartments in the area, reclaimed land only a couple of miles south of the city center, may get a 20 percent bump, according to the property company Sanyu Appraisal Corp. Of the venues, 84 percent will be within five miles of the village, travel time of 20 minutes or less.

Mitsui Fudosan and Sumitomo Realty & Development both have large plots of land around Tokyo Bay where they are planning condo development. The investment bank Nomura notes the Games could prompt faster sales, with Mitsubishi Estate another developer that would benefit. 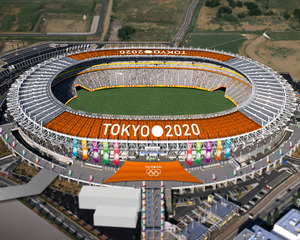 Harumi is one of the few places in Tokyo that feel relatively empty. "This will help to create a greater sense of place and identity in this relatively low-density part of the city," Johnson at Savills said. In a bid to building a "green games," the city will also carve out 433 hectares of green space and plant 1 million trees alongside roads.

On the office front, Nomura says ramped up construction of conventional buildings will have little effect. Only if commercial property is spruced up to make it more earthquake-resistant and energy-efficient will it lead to tighter supply and higher rents and possibly increased investment. New buildings must fit in with the vision Tokyo has of a smart, green games.

Besides the sizeable Olympic village, the city has actually planned for a contained, pocket Olympics - the Tokyo Metropolitan Government suggests there will be direct spending of ¥1 trillion and a spillover of ¥3 trillion, although such "knock-on" forecasts are notoriously unreliable and hard to quantify.

Société Générale notes the direct impact is a mere 0.6 percent of the country's gross domestic product, and "will have only a short-term impact. However, we consider the real effect of hosting the Olympics lies more in the improved Japanese business sentiment."

The London Games certainly reinforced the "Cool Britannia" self-belief that had so long been lacking among the Brits. But Olympics have been notoriously hit and miss, and London in fact had little effect on the amount of capital flowing into the country.

Barcelona delivered a burst of construction immediately after selection that dried up by the Games. Atlanta had an on-going stimulatory effect. Sydney is one of the biggest success stories, with the city and country continuing to see the benefit.

But Athens was an abject failure in spurring the stock market, economy or construction. Beijing led to a flurry of construction that has yet to tame, but the economy was doing well before the event was held.

So will Tokyo lead to rampant overbuilding and unwise investment? Or will it restore the luster to a dull economic giant? It's highly likely much of the money will disappear into the pockets of Japanese infrastructure companies - but perhaps with little impact beyond that. The most important effect of the Games may be to help Japan believe in itself again.