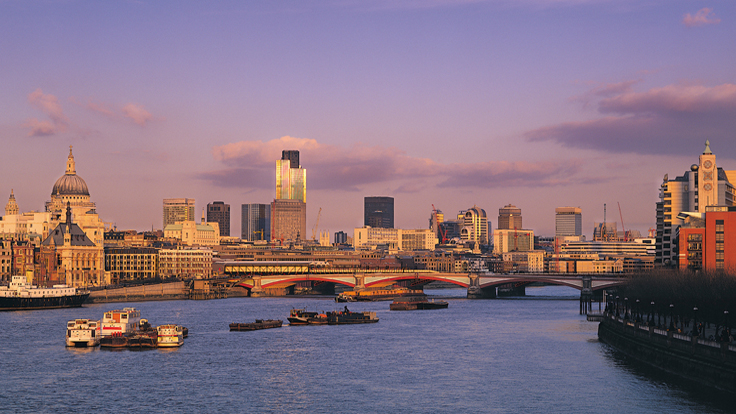 "For centuries the waterways of east London were the throbbing arteries of U.K. trade and commerce. This deal symbolizes the revival of that great era," Mr. Johnson said in a statement.

There are no tenants yet for the project at Royal Albert Dock but ABP is targeting Chinese banks looking to expand in London's international market. In a new model foreign for London's commercial market, ABP will sell leases of up to 175 years on almost half of the project, instead of renting out space.

"There are U.K. and European businesses that will be attracted by the concept too, either to provide services to the Asian businesses, or to expand their own reach into Asia," ABP chairman Mr Xu Weiping told FT.

Designed by Terry Farrell and Partners, the first phase of the project is set for completion in 2017, providing 600,000 square feet of office and residential space.

ABP expects the project, which is located near the London City Airport, to function as a 24-hour mini-city in order to accommodate the needs of Asian businesses.

The Greater London Authority predicts 20,000 jobs will be created from the ABP development, generating £23 million annually. U.K. developer Stanhope will manage the construction.

In order to guarantee the project's completion, GLA will first sell a leasehold to ABP and convert it to a freehold once the project is complete.