In Moscow, an American-Style Mixed-Use Project


Described as one of the first integrated mixed use projects in Russia, Kuntsevo Plaza is designed as a jumble of mismatched geometric shapes, bright colors and sunny open spaces.

Covering a full city block in Moscow's Kuntsevo district, the project includes two residential towers, thousands of square meters of commercial and office space, and the type of entertainment found in many urban centers. But the design also features a landscaped roof, wide public plazas and a pedestrian-centric connection between the different elements. 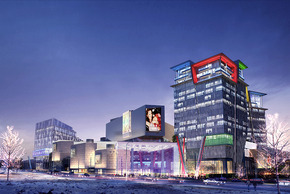 "The country will have its distinct skyscrapers and architecturally iconic buildings," said David Rogers, design director for the Jerde Partnership, the U.S.-based firm that created the project, "What we're providing is a modern urban gathering space for people."

Jerde is known for its complex shopping malls and large mixed-use projects, such as Horton Plaza in San Diego, Universal City Walk in Los Angeles and the Bellagio resort in Las Vegas. Jerde promotes "place making," projects that are destinations for people to work, shop and play.

Jerde's brand of elaborate mixed-used project is increasingly common around the world, but the complexity and distinctive flair are rarely found outside the United States and Western Europe. 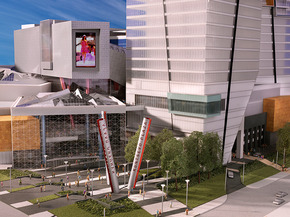 "The local regulatory approvals dealt with by our client, ENKA, were certainly extremely challenging," Mr. Rogers said. "From a design perspective, and given the complexities of the program, we had to make several major adjustments to the layouts, aesthetic and materials based on changing market conditions, leasing strategies and the approvals process."

The design takes its cues from Russian avante-garde art movement, Mr. Rogers said. The Kuntsevo district is known as a haven for Moscow's artist and the project is targeting a local audience. But the designers have loftier ambitions.

"By it becoming the core communal center, it will attract regional visitors and become a catalyst for future sustainable placemaking in Russia," Mr. Rogers said. 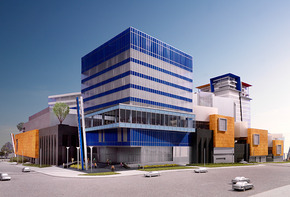 "If these projects garner the success our clients are anticipating, they should set a precedent for what is possible for the region," Mr. Rogers said. "And [we] are hopeful it will lead to more visionary companies pushing the boundaries of future development for Russia's cities."