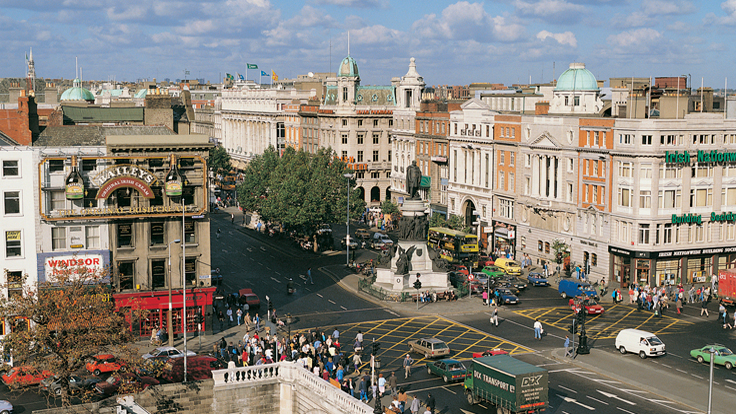 
Ireland's commercial property market is "showing encouraging signs of recovery," with an increasing number of international property funds bidding on assets, according to the latest report from Ireland's National Asset Management Agency (NAMA).

"For the Irish commercial market, recent activity suggests that a cautious optimism is warranted," chairman Frank Daly said in the agency's annual report, released today. "With property prices down by 60 percent from their peak, prices have fallen to a level which makes the case for investment compelling."

NAMA was established in 2009 to remove more than €74 billion in distressed loans from the books of Irish banks. Since then NAMA, the "bad bank," has become a major player in the U.K.'s commercial property market, selling and maintaining assets around the region.

The agency has sold €7.9 billion worth of assets since its inception, including €1.5 billion in the first quarter of 2013. Eighty percent of NAMA's sales have been in Britain, reflecting the strength and liquidity of the British market, the agency said in its annual report.

Fifty-four percent of NAMA's assets are in Ireland and 33 percent in Britain.