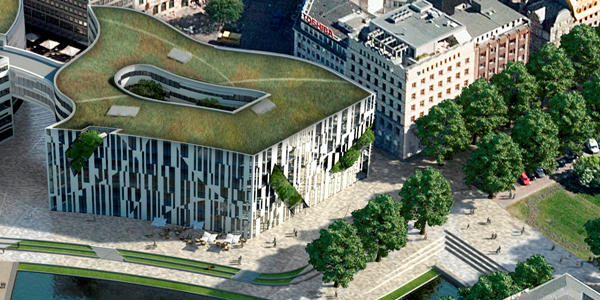 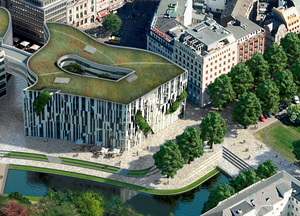 (Düsseldorf, Germany) -- Starting in October 2013, roughly 300 Boston Consulting Group employees will be moving into the Kö-Bogen and thus returning to the Königsallee.

The Boston Consulting Group (BCG), which ranks among the world's largest management consulting firms, will be departing its current location at the Düsseldorf Stadttor to become the first large-scale office tenant at the new Kö-Bogen. BCG will lease 6,700 square meters of office space, occupying almost the entire "Haus Königsallee." With this decision the consulting firm is making a considerable contribution to the unified development of Kö-Bogen, which in Düsseldorf is being referred to as the 'project of the century'.

Rumors to this effect have been circulating since January of 2012; now, it's been made official.

According to Dirk Elbers, mayor of the regional capital of Düsseldorf, the decision made by the Boston Consulting Group shows once again "that, as commercial real estate, the Kö-Bogen can compete with the most distinguished office buildings in Düsseldorf and has proven its appeal." This latest coup means that most of the retail space and more than half of the office space has been leased within a very short period of time. Düsseldorf is one of Germany's key locations for the business consulting industry. Due to the Kö-Bogen's prime downtown location, the head offices of international firms in particular have turned their attention to the new building which was designed by renowned New York-based architect Daniel Libeskind. The much talked-about architectural icon embodies modern Düsseldorf and its urban development.

Marcel Abel, regional director of Jones Lang LaSalle, the real estate agent charged with leasing properties at the Kö-Bogen, is certain his company will find more firms in Düsseldorf interested in becoming neighbors to key players like BCG and Breuninger, so that the roughly 6,000 square meters still remaining will soon be leased top class firms as well. As construction has progressed and preliminary building works have become visible above ground, interest in the office space still available for leasing has increased.

Stefan H. Mühling, executive director of project development firm "die developer" informs World Property Channel, "In addition to the fashion and lifestyle company Breuninger, we are now very pleased to welcome one of the undisputed leaders in the international consulting industry as a large-scale tenant at the Kö-Bogen. Our offices are perfectly geared to the current requirements of efficiently communicating companies. We live and work in an age that is characterized by extremely fast communication and decision-making processes. The use of office space is determined by whether or not the office concept that can be realized within it supports and promotes communication. The spatial layout at the Kö-Bogen is fitted precisely to these demands." With the horizontal arrangement of its surface area, the Kö-Bogen is better suited than most to fulfill the requirements of modern workplace design in the long term. 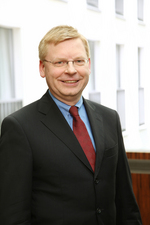 Dr. Andreas Maurer, (Managing Director BCG) added, "We definitely would like to be a part of the urban transformation which the large-scale Kö-Bogen project triggers. The impetus for our decision is of course the structure itself, i.e. the and architecture by world-renowned architect Daniel Libeskind. To work in a building designed by Libeskind on a daily basis is simply inspiring in itself and fits our international orientation. The Kö-Bogen provides us with an opportunity to fulfill our long-standing desire to return to the city center after 15 years and, at the same time, to move to a facility that offers everything we expect from a modern office building. We are excited about returning to our roots."

Düsseldorf-based project developers "die developer" were able to convince New York architect Daniel Libeskind to design the building project at the site of the former Jan-Wellem-Platz. Situated on a property measuring 9,000 square meters, the construction will comprise up to 40,000 square meters of floor area and have a capitalized value of well over 400 million Euros. Libeskind's building enriches and extends the highly frequented Königsallee with its large flagship outlets, unique store concepts and exceptional gastronomic offerings. Modern, highly functional office spaces will occupy the uppermost three floors. "I was fascinated by the idea of building something for everyday life in the historic setting of the Königsallee," comments Libeskind. "We judge cities on the basis of how people live there, how they work there and how they shop there," says the 65-year-old star architect.

"Daniel Libeskind's idea brings a new urban icon directly to the pulsating heart of the capital city of North-Rhine Westphalia. It is looked upon as the project of the century by representatives of both politics and the business world," says Stefan Mühling, executive director of the responsible project development firm "die developer".