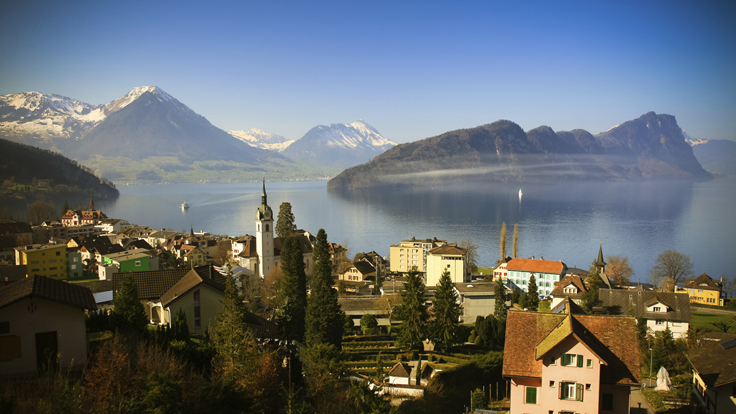 Alpine Property 'Back in Fashion'


Interest in Alpine property is heating up as confident, cash-rich buyers return to the ski-centered market.

The number of transactions for property in the Alps doubled in the first half of the year, compared to last year, with increasing activity at the upper end of the market, according to a report from Savills. The most expensive and exclusive resorts in each country, including Verbier, Megève and Kitzbühel, have reported increasing asking prices in the last 12 months.

All the resorts surveyed for the report have either stable or increasing prices. Out of the 27 resorts, 55 percent witnessed price increases of more than five percent during the last year. This compares to last year when 28 percent of the resorts reported price falls of more than 5 percent.

"We are now seeing increased buying activity in prime Alpine markets (excess €10 million)," Jeremy Rollason, managing director, Alpine Homes, said in the report release. "High Net Worth buyers (HNWI's) overwhelmingly preferred to rent out their ski chalets during the last three seasons but we are now seeing them return to the market. They face a wide choice of possible locations and product so research their markets thoroughly before investing."

Overall, resorts in the Swiss Alps remain the most expensive with continued price appreciation expected amid supply constraints, Savills reports. House prices were 2.1 percent higher than their 2012 values in September. Factors including economic expansion and low interest rates are leading to an increase in investment activity in residential real estate. Property transaction in the Swiss Alps increased 57 percent during the first half of 2013, compared to last year.

"Most of the purchasers who are currently active in the market are 'lifestyle' buyers who will use the property themselves rather than buying solely as an investment," Savills said. "Currently, eight out of 10 prospective Alpine homebuyers aim to let their property when not using it themselves."

Of all Alpine homebuyers, 23 percent are expatriates usually from the U.S., U.K. and other European nationals, a group that increased considerably between 2008 and 2012. More than 90 percent of prospective homebuyers are entering the overseas market for the first time.

Looking ahead, the firm expects historically low lending rates and reduced prices will create great investment opportunities in France. In Austria, the stable housing market witnessed a doubling in transaction levels for the first half of 2013, with average price per square meter going up 10 percent from last year, Savills reports using Alpine Homes sales data.

"By opening its doors to other buyer markets, some resorts [in Austria] may become increasingly competitive...local supply restrictions are likely to keep prices positive over the longer term," Savills reports.