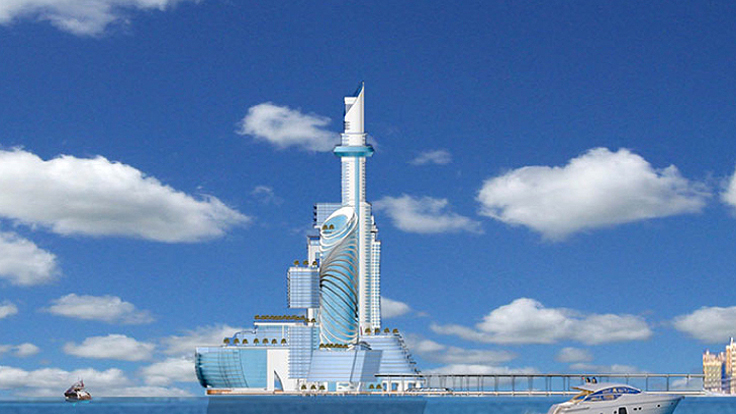 Barcelona Not Impressed by 'Space Hotel'


Barcelona city officials are deriding a plan to develop a futuristic "space hotel" on a manmade island off the coast of Catalunya.

U.S. developer Mobilona is proposing a $1.5 billion project that will include 2,000 hotel rooms and residences, a "zero gravity spa," vertical wind tunnels that will allow guests to "experience a form of weightlessness" and a six-story "space mansion" with rotating ellipses that would shift towards the sun in 24-hour phases. Visitors would move around the complex by using elevated walkways, solar-powered water taxis and "space gliders." 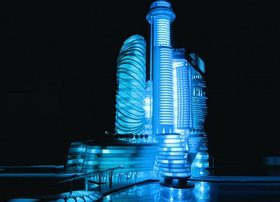 The project was designed by Spanish architect Erik Morvan, who won a competition organized by the developer.

But Barcelona officials are unimpressed, saying the futuristic design is inappropriate for the city's style.

"We have no need or desire to take on projects of this nature," mayor Xavier Trias told the local press.

Local planning officials will consider the proposal, but Mr. Trias made it clear that he would not be a supporter.

"We are a city of culture, knowledge, of creativity, and of innovation, and our project (for the city) will follow a different path," Mr. Trias said. "We have no intention of turning Barcelona into a spectacle."

A spokesman for the planning department told the Telegraph, "This seems more suitable for somewhere like Dubai. Any plan to advance Barcelona must be in keeping with the present model of the city."

In a statement, Mobilona said there are four municipalities competing for the project. 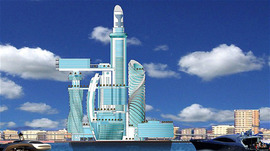 "In order to be open and transparent in the process, we give the four selected municipalities an equal opportunity to compete for the project," Mobilona chief executive Jerome Bottari said in the statement. "Local government, Catalunya and Spain will all play an important role in the creation of a Special Economic Zone called 'Barcelona Island'."

Mr. Bottari appeared undeterred by the initial reaction from Barcelona.

"Barcelona is one of the greatest cities in the world and we welcome everyone to work with us to turn Barcelona Island into Europe's new hotspot," he said.