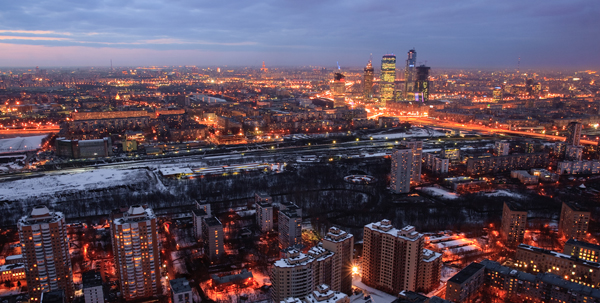 Despite the economic conditions a majority of the 157 cities and destinations tracked in Europe, only 15 saw declining demand.

STR Global, one of the sponsors of the International Hotel Investment Forum in Berlin, reported hotels' current and future performance across the major markets in Europe. "European hotel markets benefited from relatively limited new supply and positive demand growth in 2011 as shown by our results", said Elizabeth Randall, managing director at STR Global, who will be speaking at the event.

Looking at the best performing markets in terms of RevPAR growth 12-months to January, they were mainly driven by occupancy growth, with the exception of Vilnius and Istanbul. In Vilnius, occupancy grew by 15.6 percent and ADR increased by 15.9 percent to LIL199.33. ADR grew in Istanbul by 30.8 percent (TRY 367.09) but  also was the only top performing market that saw occupancy decline by 4.2 percent (70.0 percent) as additional supply entered the market (+4.3 percent) during the same period.

Yekaterinburg, Russia, which is amongst the top performing markets, saw its RevPAR growth led by increased occupancy (+21.3 percent) to reach 38.0 percent 12-months to January. In Reykjavik, Iceland, RevPAR growth was led by increased occupancy (+21.6 percent) and partly from the recovery in 2011 from the ash cloud, which disrupted most of air travels in April and May 2010.

The other markets experiencing RevPAR decline, except three, were all the result of declining occupancy and rate. Only Bradford, Essen and Cardiff saw a mix between occupancy and ADR decline resulting in a RevPAR drop.

Essen experienced the largest demand drop (-9.1 percent) 12-months to January. ADR grew by 3.6 percent (€96.89) during the same period leading Essen's RevPAR to decline by 5.8 percent. Cardiff and Bradford both reported increased occupancy by 3.1 percent and 0.6 percent, respectively, but fell short in terms of ADR growth, leaving RevPAR to decline.

"Based on the current market conditions, our latest forecast in 2012 has been revised downward across 39 markets in Europe", Randall said. "However, we also anticipate seeing demand growth in Berlin (5.0 percent), London (4.0 percent) and Vienna (3.9 percent), and another 27 European markets in 2012 which is a very good news".