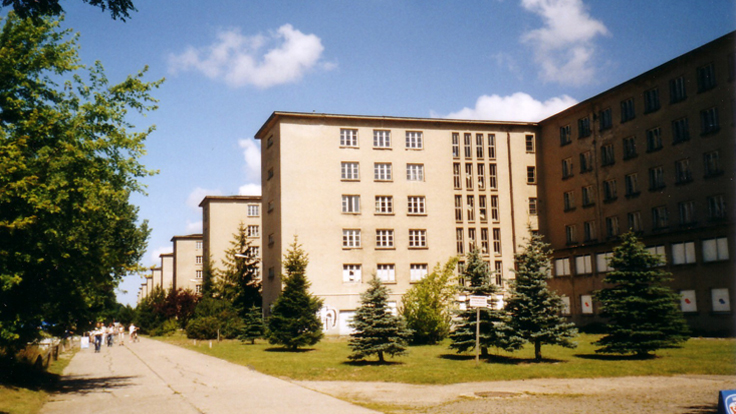 
Developers in Germany are offering apartments for sale in a massive housing development on the Baltic Sea first developed by Adolf Hitler as a vacation retreat for Nazi workers.

Construction on the project known as the "Colossus of Prora" began in 1936 on the island of Ruegen, but was stalled in 1939, when Germany invaded Poland. It was designed to house 20,000 workers as part of the Nazis' "Kraft durch Freude" ("Strength Through Joy") organization. 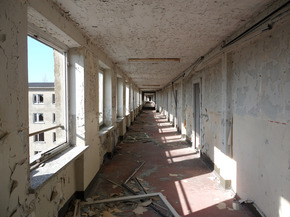 The complex was twice as long as the Avenue des Champs-Elysees in Paris, consisting of eight buildings with a total of 10,000 rooms, according to Bloomberg.

"It's a location that can't be duplicated," Gerd Grochowiak, co-founder of IrisGerd, a Berlin developer, told Bloomberg. It is the biggest undeveloped stretch of land along Germany's northern coast, where new construction is limited, he said. IrisGerd, which bought one of the blocks in an auction last year, plans to turn a 1,250-room block into 250 apartments in the next two years.

The project's Nazi background is both its curse and heritage. The project is categorized as a Bauhaus design, due to its simple, repetitive structure, but it included several amenities unique to the tastes of the builders, including swimming pools fed by seawater, a regal meeting hall and a square for parades. The project won a Grand Prix award at the 1937 Paris World Exposition. 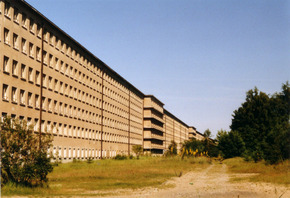 After the war the project was used as barracks by East German soldiers and vacation homes for police officers. After Germany was united, a hostel, museum, art galleries and an archive were added, Bloomberg reports.

For many years officials contemplated tearing down the project, but now it has protected landmark status. The center currently offers a permanent exhibition focusing on the construction history of the complex and its political background.

Four of the eight blocks are being renovated, Bloomberg reports. Of the other four, one block houses a youth hostel and three are "in ruins," Bloomberg says.