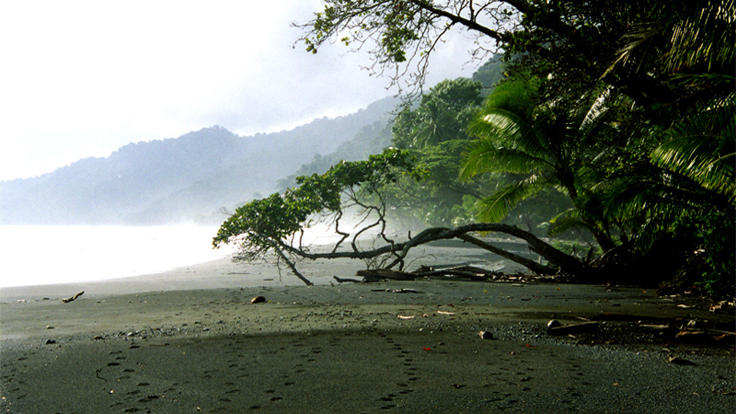 
Knowing when an area is going to move from low demand to high demand is key to smart real estate investing. One of the best investment indicators is new infrastructure, especially new airports which open international access to underdeveloped regions of exceptional value.

During Costa Rica's first boom, the Liberia airport in the northern region was upgraded to receive international flights. Real estate sales in Guanacaste exploded, high-end resorts and developments flourished, including flag ship developments like the Papagayo Four Seasons hotel. New highways were added and old ones reworked -- tourism and demand soared. International flights started arriving in Liberia in 2002 and while that investment wave has subsided, the Gold Coast is still one of Costa Rica's best investment bets.

Now Palmar Sur, in Costa Rica's southern zone, is receiving international status with a $42 million expansion to the national airport, Palmar Sur Airport. The same scenario is starting to play out as it did in the northern region. Although the project is currently out for tender there are whispers of closed door deals already circulating and tell tale signs in the real estate market that something big is on the horizon for the southern zone.

According to Costa Rica´s Civil Aviation Authority (Aviación Civil) development in underway between the towns of Sierpe and Palmar Sur, with the target opening date set for 2014.

Phase one of the airport will boast a runway approximately 2,500 meters long, large enough for Boeing 747s, Airbus and A320s. The terminal in phase one will accommodate 150 passengers simultaneously, while transatlantic flights will be added in phase two, increasing the terminal size.

Other support infrastructure has ramped up including the new Caldera highway (Pista del Sol) and expansion of the Costarena Sur highway. This is driving more tourists to visit the south zone, as travel time from the Central Valley to the region is reduced to approximately 3.5 hours. A new hospital -- a requirement for an international airport -- is now fully functional, including emergency helicopter service. Highway access onto the OSA Peninsula from Palma Sur was also greatly improved.

The entire southern zone is expected to mirror the growth witnessed in the northern region with the arrival of the new international airport. Interest in Dominical real estate, just 60 mile north of Palmar Sur, has already seen an uptick in focus and sales. Dominical, although far less developed than other regions, is well known locally as one of Costa Rica's gems. However, the recent infrastructure improvements and the expansion of the airport has brought it to the attention of investors and developers.

Southern Costa Rica is the home of the famous Corcovado National Park on the OSA Peninsula, a place National Geographic called "the most biologically intense place on earth." Opening this unique tropical eco region to international access has many experts in the Costa Rica real estate market excited about the prospect of a second growth boom.

Michael Klein works as a writer for three of the leading Costa Rican on-line English news publications, as well as Costa Rica Real Estate. He and his wife Dyan also own and operate San Ramon Properties, the #1 ranked website for their region.