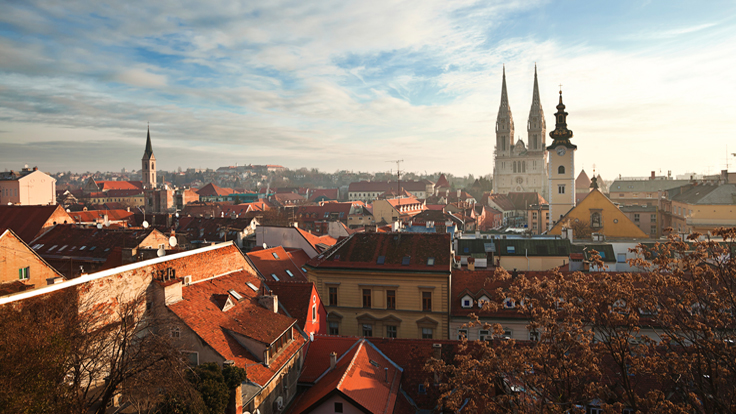 Editor's Note: This is the debut column on Croatia property by Dominic Burke, head of research for Jones Lang LaSalle in Croatia.

It is now nearly two months since Croatia became a full member of the European Union and while many observers will focus on the difficulties the EU is facing at the moment, entry represents a historic moment for Croatia. Many changes have been implemented over recent years to meet the strict criteria that was set for membership. We are yet to see any significant impact EU entry has had on the commercial property market, but are confident that it will benefit the country as a whole.

The holiday season, which is a key driver of the Croatian economy, is also drawing to a close with early figures suggesting a continued increase in visitors to the coastline and its thousand islands. Going forward, whilst tourism in Croatia faces many challenges, it is expected that Croatia will become more and more popular and that this will drive real estate development.

Economically, Croatia is currently struggling. From the end of 2008 through the first quarter of 2013, the Croatian economy contracted on an annual basis in 15 of 17 possible quarters, growing by less than 1 percent year-on-year in those remaining two quarters. The Croatian policymakers are attempting to extricate the country from this extended downturn, but are facing strong headwinds. Extremely weak labor markets and tight credit conditions are weighing heavily on domestic demand.

At the same time, the conditions for Croatian exports remains severely depressed due to the on-going Eurozone debt crisis. Given the prolonged economic losses, the current government took the reins at a very difficult time after parliamentary elections at the end of 2011. There are, however, certain signs that the government is implementing changes that could put the country on solid ground from which it can begin to see growth. One of the most important policies that has been recently introduced is fiscalization, which has seen huge increases in tax receipts. Government figures state that in the first six months of 2013 approximately €1.3 billion more has been put through the tax system than the first half of 2012.

The office market in Croatia is centralized in Zagreb, which is the only city to have any significant supply of modern office space and an active lettings market.

The total supply of modern office stock in Zagreb is approximately 1.2 million square meters. This has increased significantly over recent years and, in fact, more than 100,000 square meters of office space was added last year alone. The increased supply has not been met by demand over recent times as the recession hit. This, coupled with the fact that much of the planned construction still went on to completion, has pushed the vacancy rate up to approximately 17 percent, which is expected to increase over the remainder of the year.

Unlike other markets in the region, Croatia has yet to see significant activity from companies outsourcing operations to the region. Poland, the Czech Republic and to a lesser extent Hungary have all seen a number of large companies outsourcing part of their operations. Croatia has yet to see this, therefore the office market relies on domestic demand and international companies who are conducting their own operations here. We do anticipate that following EU entry we will see more enquiries from companies looking to do this, however the high level of personal taxation and wages may prove to be an obstacle to this market, where costs are sensitive.

The last decade has seen many international developers and retailers entering the Croatian market, which they consider to be low-risk and safe. The Zagreb retail market is still dominant within Croatia with approximately 418,000 square meters of existing retail space. In Zagreb there are approximately 470 square meters of retail space per 1,000 people which puts Zagreb next to capital of the SEE/CEE countries.

Due to the high unemployment rate and lower spending power of those who are employed, we are witnessing a continuous negative trend in retail sales. According to the Croatian Bureau of Statistics, retail trade has continued on a negative trend annually. Turnover of retail trade in April 2013 recorded a decline of 0.6 percent in real terms compared to April last year. As a result, significant pressure has been put on retailers, especially those who operate outside of the low cost or exclusive market. Some retailers have already left Croatia including brands such as Prenatal, Salsa Jeans and Cisalfa, who all exited in the first quarter of 2013.

We do not envisage that entry into the EU will bring any significant change in the retail market. We are aware of one or two retailers who are considering entry but the majority of retailers consider Croatia too small a market and are looking for greater returns on investment that are offered by larger developing countries.

The industrial and logistics market in Croatia is the least developed of the main commercial real estate sectors. However, Croatia is uniquely positioned to provide developers and occupiers with a key geographical location from which to operate. As the capital and the economic centre, Zagreb benefits from the majority of activity in the market.

Currently within Zagreb, there is a total stock of 806,745 square meters of which only approximately 360,000 square meters can be classed as modern by European standards. The remainder is characterised by being out of date, unconventional, owner-occupied stock which is not suitable for most international occupiers. However, there is ample zoned industrial land which can be developed.

Approximately 210,000 square meters of industrial stock has been added over the last four years, mostly for owner occupation purposes

Since the onset of the financial crisis the focus of property investors who are active in Europe has been on core products in key locations. In essence, this means that only the shiniest of office buildings or the glitteriest of shopping centers situated in the core cities of Europe have seen significant trading. This has put Croatia and the SEE region on the periphery, with very few international investors even considering the country as a place to invest their money. This, combined with the cautious and risk adverse approach of property lenders, has resulted in the region seeing very little investment activity over the course of the last three years.

The only transactions that have occurred in the last 12 months are sale and leaseback deals and we would anticipate that there may be further transactions of this type going into the next 12 months. We also expect to see some interest in standing income producing investments going forward, though we would expect that this would be limited to prime assets located in the capital Zagreb. The last two quarters have shown that investors are starting to move up the risk curve, away from the key European cities, where pricing has increased due to increased demand and a shortage of supply. We believe that there is suitable product for investors in Croatia and that if sentiment increases then this may be matched by demand.