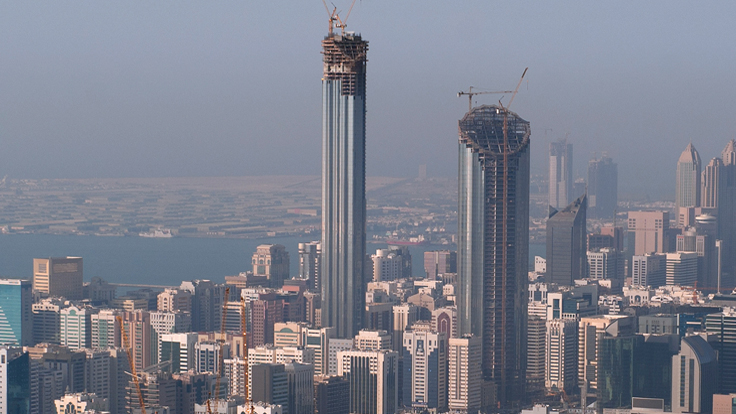 Cityscape Abu Dhabi, Then and Now

The primary property event in the UAE's capital generated few headlines and none of the swagger of past shows. As usual, the local property consultancies released vaguely optimistic numbers, press releases were issued touting new housing projects for UAE citizens and the local planning agency rolled out the huge interactive model of the vision of Abu Dhabi in 2030.

As a preview of the event, Ali Eid Al Mheiri, the executive director of the real estate division of Mubadala, the government investment arm, talked to The National about the opening date for a Rosewood hotel and the latest leasing numbers for the 152-hectare Al Maryah project, but didn't explain why the main tenant of the project, the Abu Dhabi Stock Exchange, hasn't moved into its new headquarters, even though the building was supposedly completed a year ago.

Comparing the buzz of modern Cityscapes to the crazed, manic Cityscapes of the boom years is unfair and overdone. Yet... the cliché comparison is unavoidable. 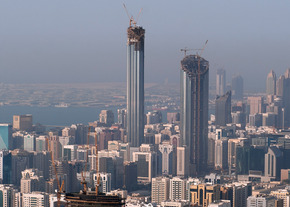 At the height of the property boom in the UAE, people crowded around booths at Cityscape and threw checks at developers. Investors stood in line to buy six apartments and then turned around and sold two of them to a guy at the end of the line. Participants speak of briefcases full of cash circulating on the show floor.

The stories of those seminal Cityscape events are legend in the property industry, snapshots of history.  Those Cityscapes were signposts of the biggest global residential construction boom in history, along with the SIMA property shows in Spain in 2006 and 2007, when developers filled miles of convention halls; and the 2010 completion of Dubai's Burj Khalifa, the world's tallest building.

The stories are part of the past, but they still hang over the UAE industry. Memories of those events are certainly influencing the perspective of many industry veterans today, tempering any exuberance over the latest upturn.

When videos began circulating last week showing frenzied crowds lining up to buy un-built villas in Dubai (see below), the images were a bit too familiar, too reminiscent of those Cityscapes.

"When you have people jumping queues and fighting and acting like they are at a rock concert, it doesn't really give you that sense of confidence in the real estate market," Richard Paul, head of valuations at Cluttons, told a reporter.

As always in Dubai, there were surreal elements to the scene. The people waiting in line were not actual buyers, but workers hired to stand in line. Eventually, the event broke down in to chaos and confusion and the process had to be revamped, another familiar scenario in the emirates.

Analysts were also quick to note that the sale by Emaar, the biggest developer in Dubai, represented only a few villas that were clearly priced at somewhere close to 50 percent below the market. As soon as the process was complete, properties purchased at the event started showing up for sale on property sites at a 30 percent markup, despite government attempts to limit "flipping," The National reported.

Emaar scored a clear publicity coup, but the event was still unsettling to anyone who remembered the boom years. While Dubai sales are up, not everyone is convinced the market is in full recovery.

"It gives a false sense of the true strength of the market," Craig Plumb, head of research at Jones Lang LaSalle told a reporter. "This kind of publicity will, in some ways, scare people off from other markets who might start thinking, 'we are going back to the situation we had in 2006 and 2007, and look what happened there.'"