Top 10 Halloween Spots Around the World

When goblins and ghosts, monsters and maniacs, headless horseman and three-headed creatures roam the streets, looking for...their next piece of candy. Many places around the world, though, celebrate Halloween on a much bigger scale, and their "tricks" and "treats" are enough to attract visitors from all over. Here are my Top 10 places in which to celebrate this wacky holiday...

10) ANOKA, MINNESOTA, USA - In this small town in the upper Midwest, Halloween isn't just a holiday. Other than Christmas and Easter, it's pretty much the Holiday. This town is known by the title of - at least to local residents - "Halloween Capital of the World." And it's owned that title since 1920. It was actually the site of the first Halloween parade in America. Here, Halloween Night is actually "Halloween Week," a weeklong celebration centered around, of course, the parade...as well as parties, costume contests, wine tastings, the Orange Tie Ball, bake-offs, and even a "Gray Ghost" 5K run.

9) GALICIA, SPAIN - In Spain, Halloween is a three-day celebration! And nowhere do they celebrate it with more festivities than in the Galicia region in the northwest. The fun starts on October 31 "Night of the Pumpkins"), continues on through November 1 (All Saints Day), and ends on the second of November ("All Souls Day). And in between are lots of parties, street celebrations, ancient rituals, and plenty of Galician queimada, a very strong alcoholic drink concocted in a clay pot over a fire. 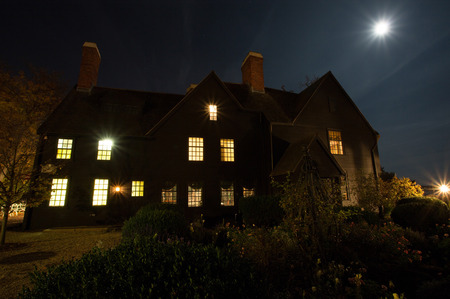 The House of the Seven Gables - symbol of Salem - and a full moon.
(Courtesy Jared Charney)

8) SALEM, MASSACHUSETTS, USA - Once upon a time, in early Colonial America, twenty-six people were accused of being witches, put on trial (where they never really had a chance), and then put to death. Today, though, the town of Salem celebrates its "bewitched" heritage - especially in October - but not just on Halloween. Festivities here take up the entire month, with tours of haunted spots, re-enactments of the Witch Trials (and the hangings!), fireworks, a parade...and "witches' circles." So visit for Halloween...if you dare! 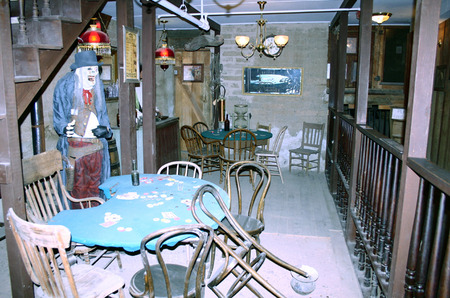 In the Poker Room at Tombstone's Bird Cage Theatre,
someone's always looking over your shoulder!

7) TOMBSTONE, ARIZONA, USA - Think about it for a minute. This town is named Tombstone! So you'd expect it to be a bit spooky at Halloween...and you'd be right! This is the site of the historic Gunfight at the OK Corral, as well as the cemetery where the bad guys who met their ends at the hands of Wyatt Earp and his brothers, and Doc Holliday, are buried. The town starts its Helldorado Days Festival in mid-October (that's when the gun-fight occurred), and doesn't stop until the morning of November 1. If you find a little extra time between events, check out the Cochise County Courthouse - and the gallows outside. Then visit Boot Hill cemetery, where the bad guys are buried, and the old Bird Cage Theater, inhabited, so they say, by a bunch of ghosts. 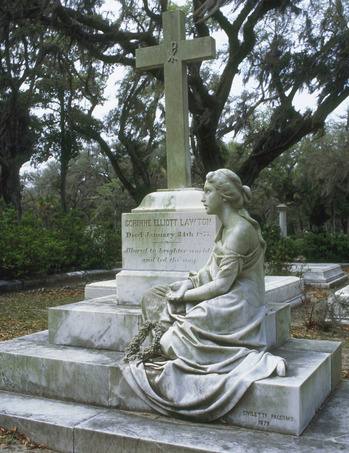 In Savannah's cemeteries, they say, not all of the residents are dead.
(Courtesy Visit Savannah)

6) BRASOV, TRANSYLVANIA, ROMANIA - Transylvania's mountains are beautiful, but its reputation is creeeeepy! And Dracula was fictional, a product of the creative mind of author Bram Stoker. But Vlad the Impaler was all too real - especially to the people he tortured to death by various creative means...but always slowly. According to legend, he impaled thousands, and then left their bodies hanging out to rot. The mysterious Bran Castle is said to be his old palace, as well as the inspiration for "Dracula." Today you can tour the castle. But fear not - you won't be tortured!

5) SAVANNAH, GEORGIA, USA - Savannah is a city that still lives in Colonial times. Its beautiful streets are lined with old brick homes and gracious parks. And, according to locals, Savannah has some residents who've been around since Colonial times, as well...ghosts who haunt the city's numerous cemeteries and spooky places. During Halloween week, Savannah celebrates its spooky side with special events, carriage tours (both supernatural and not!), and walking tours of spooky spots. And if you come into contact with someone who's been dead for hundreds of years, you may want to beat a hasty retreat to the city's Creepy Pub Crawl!

4) ROSE HALL, MONTEGO BAY, JAMAICA - Rose Hall is an old Georgian mansion on the shores of Montego Bay. This was the home of a wealthy plantation owner and his beautiful young wife, Annie Palmer. Apparently, though, her beauty was only on the outside, as she was said to have practiced witchcraft and voodoo...as well as torture and murder on her slaves. Today you can tour Rose Hall. But don't be surprised if you hear voices calling from the dungeon. Or if you bump into the ghost of Annie Palmer - called "The White Witch" - in some dark and dreary hallway. 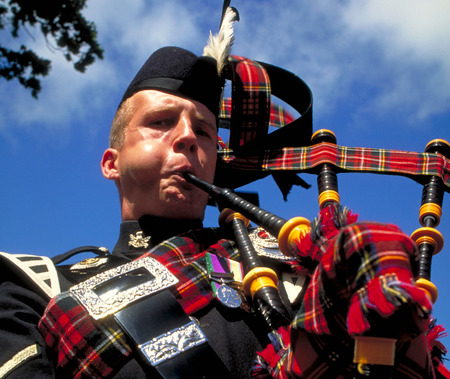 3) EDINBURGH, SCOTLAND, UNITED KINGDOM - Halloween, in the Celtic tradition, has its roots in ancient Celtic tradition, specifically the festival of Samhain. This festival is still actually celebrated today in many parts of Scotland (and Ireland). That makes Edinburgh, a magnificent Victorian/Gothic city overlooked by a majestic castle, a great place to celebrate Halloween. And it doesn't hurt, either, that this city is filled with creepy legends, unsolved mysteries, ancient vaults, and numerous ghost sightings...as well as the haunting strains of bagpipe music rolling down from the legend-filled hills above the city. 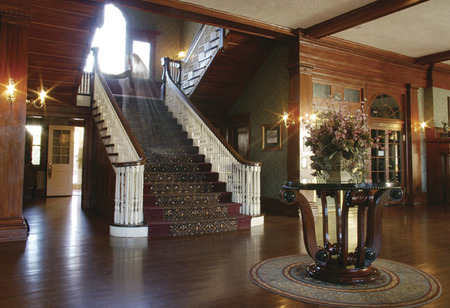 2) THE STANLEY HOTEL, ESPES PARK, COLORADO, USA - This hotel may be "Ghost Central" in the U.S. It's known to have a number of ghosts - including the man who built it - F.O. Stanley, who also built the Stanley Steamer automobile in the early-1900's - and his wife Flora. The Concert Hall is said to have several permanent "patrons of the arts." Elizabeth Wilson, a long-dead staff member who was injured in a gas leak in 1911, is said to "hang around" so she can attend to the needs of guests. Guests have seen items moving around in their rooms, and lights turning on and off. Visitors have also heard children running in the hallways late at night, when there was no one actually there. How spooky is the Stanley? Well, it served as the inspiration for Stephen King's "The Shining."And The Stanley celebrates its invisible guests with a Masquerade Ball, a Murder Mystery Dinner, and - what else? - The Shining Ball.

And, now, here's my pick for the best place on Earth to spend Halloween... 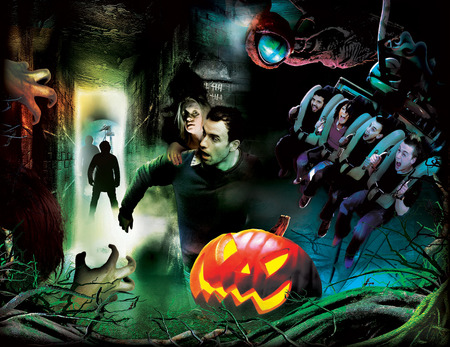 "Scarefest" is a scream in London!
(Courtesy Visit Britain)

1) LONDON, ENGLAND, UNITED KINGDOM - One of the most sophisticated cities on Earth is also one of the most haunted cities on Earth! London may have more ancient dungeons per square foot than anywhere else...as well as more haunted places, more ghostly legends (among them Jack the Ripper), more old buildings still inhabited by people who've been dead for centuries, and more dark alleys. And it doesn't hurt, either, that it may well have more fog than anywhere else, and more ships' foghorns sounding - but not visible - in that fog. Londoners really know how to throw a good Halloween party, which includes colorful parades and very spooky events, and tours in which you may feel an occasional tap on your shoulder...but no one's there!

What are your favorite places in which to celebrate Halloween?