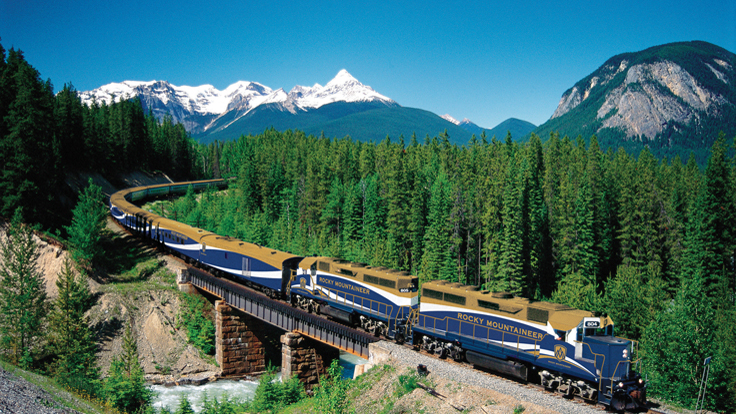 
I have an admission to make. I should have titled this story "My Top Train Rides in the World." It's my column...and these are my (totally subjective) choices! So get your ticket punched, and settle in for a quick train ride around the world... 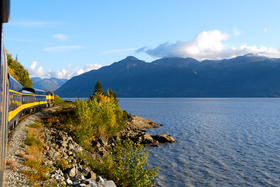 No. 10: The Flam Railway, Norway--This is the shortest trip on our list-under an hour. It'll take you from the mountain station of Myrdal down to Flam, traveling alongside the Aurlandfjord the entire way. Looking out the window, the Norway of travel posters comes alive, with deep gorges, dense-green forest, craggy peaks, and thundering waterfalls. The train moves slowly and even stops at some of the best views.

No. 9: Durango & Silverton Narrow Gauge Railroad, USA--Buckle up your chaps and your boots, pardner. Because on this ride into the Old West, you almost expect to see Butch Cassidy and the Sundance Kid galloping atop the surrounding ridges. And those ridges are spectacular. You'll be winding through deep, rugged canyons in Colorado's San Juan National Forest, on a narrow-gauge train with a coal-fired, steam-powered engines--exactly the way that miners, cowboys, settlers (and bandits) did.

No. 8: The Bernina Express, Switzerland/Italy--Traveling from Chur, Switzerland to Tirano, Italy, this is the highest rail crossing of the Alps, taking you from glaciers to gardens. You'll go over 196 bridges, through 55 tunnels, and around more spectacular switchbacks than you can count. And you'll pass unforgettable vistas of cottages and tiny villages dotting sun-dappled valleys below.

No. 7: Trans-Siberian Express, Russia-This may be the world's longest railroad journey, from the onion-domed churches and massive government buildings of Moscow to the other-worldly landscapes of Vladivostok in Siberia - 5,600 miles, seven time zones, and seven days. Along the way you'll pass natural wonders like the Ural Mountains, Lake Baikal, and the Siberian tundra. And - generally over some vodka and cabbage and meat - you'll get to know the Russian people.

No. 6: The Blue Train, South Africa--Since 1946, it's transported the privileged few through the mountains, deserts, savannahs and veldts between Pretoria, Cape Town, and Durban. Personal butlers see to your every need, and each suite has a video monitor allowing you to see exactly what the engineer is seeing. The Blue Train calls itself "A Window to the Soul of South Africa." And, within minutes of boarding it, you'll know why.

No. 5: Venice-Simplon Orient Express, Britain, France, Italy--Any train called "Orient Express"-even if it's not the original--has to be included in a Top Ten list. This train has beautifully-restored coaches from the early-20th Century, traveling between London, Paris, Innsbruck, Verona, and Venice, with occasional trips to Rome, Krakow, Budapest and Istanbul. The food and on-board service are truly world class. 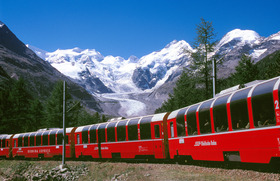 The Bernina Express offers one panoramic view after another. (Courtesy Switzerland Tourism)

No. 4: Peru Rail, Peru--Take the train running from Cusco to Machu Picchu, through the towering Andes. You'll pass through green valleys and colorful villages in the foothills. Then you'll climb along the Urubamba River up toward jagged green peaks over 10,000-feet, and then toward 8,000-foot Machu Picchu. With every mile, you'll be getting closer to a true "Bucket List" item and to the mysterious Inca city discovered by explorer Hiram Bingham in 1911.

No. 3: The Rocky Mountaineer, Canada--This train-with huge viewing windows--offers spectacular two-day journeys through the Canadian Rockies, between Vancouver and Banff or Jasper. You'll glide past the plains and mountains of Alberta and the snow-capped peaks and rainforests of British Columbia. And you'll sample the chic, multi-ethnic urban fun of seaside Vancouver as well as the take-your-breath-away mountains and colors of Banff and Jasper. 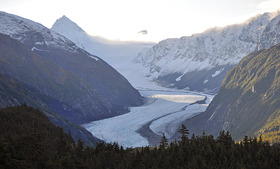 No. 2: The Alaska Railroad's "Coastal Classic" Train, USA--There's a good reason the ancient Athabascans called this land "Alyeska"-"The Great Land." And this train ride will show you why, as its winds through the wilderness between Anchorage and Seward. As you climb into the stunning Kenai Mountains, you'll pass numerous glaciers. At Resurrection Bay you can connect to Kenai Fjords National Park, with whale-sighting cruises, sea kayaking, and dog sled rides.

No. 1: The Royal Scotsman, Scotland (The Highland Journeys)--You'll see ever-changing landscapes of sweeping glens, craggy peaks, ice-blue lochs, and heather-filled coasts  as the train rolls on two-to-five-night journeys from Edinburgh through the Scottish highlands. You're one of only 36 guests, with your own cabin and an open-deck observation carriage. This is the Scotland of Rob Roy and Braveheart... of foreboding castles, misty moors, and thatched-roof cottages. And, occasionally, the wail of bagpipes in the distance.