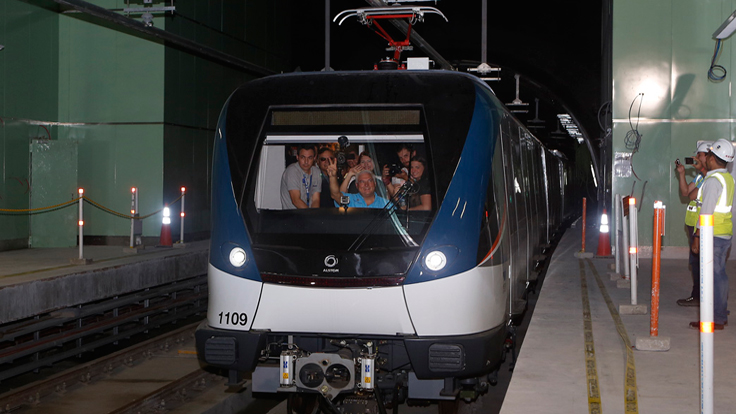 
Traffic within Panama City's urban core, west of Via Brazil and north of Balboa Avenue, has been absolute chaos for the last two years.  Residents have had to deal with gaping holes where massive cranes and underground crews have been working on the new mass transit metro, traffic diversions around work zones and directional changes on main roads, all tied to the development of the city's master plan.

In recent weeks media attention has focused on the metro line, the first in Central America, which is scheduled to begin service by the end of 2013. And, granted, the metro is going to have a huge impact for commuters who live outside of Panama City and may in fact reduce the overall volume of congestion in downtown Panama.

But the real game changer is the delivery of a system of tunnels, overpasses, and roundabouts running north to south along Via Brazil.

Combine this with the underpass at Cinco de Mayo near Ancon along with the overpass near the El Rey in Albrook and you've got what may just be the solution to alleviating our traffic problem. Rush hour commute times, say from San Francisco to Albrook or vice versa, may go from 30 minutes or more to less than 10 minutes as road expansions along Via Espana -- combined with the mass transit metro and the intersection changes along Calle 50, Via Israel, and of course all the way down Via Brazil -- are completed.

As more people move to Panama, more cars will continue to hit Panama's streets, but these major road projects (some of which have ongoing for almost two years) will be completed in the next three to four months, and could very well be a game changer for Panama.

Kent Davis runs a boutique Panama real estate agency, Panama Equity, and has been living in Panama since 2007.