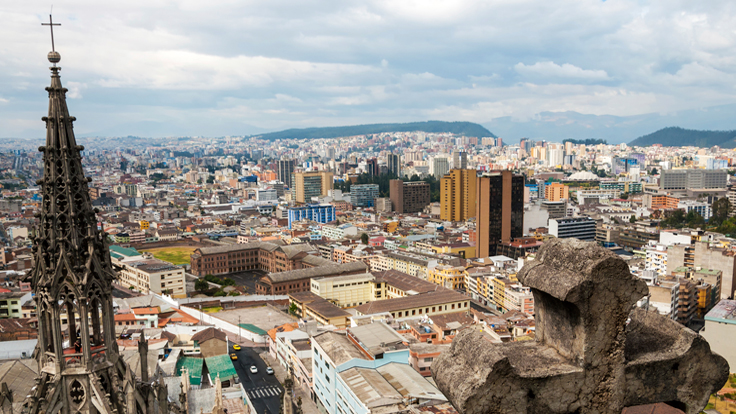 
For many investors and businesses unfamiliar with emerging countries in Latin America, secondary cities are often a non-starter for running a business. When it comes to establishing an operation or investing in some sort of real estate development, infrastructure project or other asset, many companies prefer to play it safe and stay in the largest and most established markets. But those who skim beneath the surface will see that secondary markets are offering ample opportunities with promising yields, while Latin America's largest cities are increasingly saturated and expensive.

Latin America is the most urbanized region of the world with nearly 80 percent of the population (and growing) living in urban areas. Over 260 million people in Latin America currently live in cities, and another 60 million will by 2025. The reasons are simple: better public services, better health care, better connectivity and - most importantly - better job prospects. This is no surprise considering the astonishing disparity between the region's most modern urban centers and the vast impoverished hinterland.

"Since these cities are not obvious choices for investment, they have to try harder..."

Yet there have been important shifts in the last two decades relating to where urban migration is happening. In the 1980s and 1990s much of the urban growth was concentrated in Latin America's largest megacities: São Paulo, Rio de Janeiro, Mexico City, Bogotá, Buenos Aires, and Caracas.  But as recent reports by the McKinsey Global Institute and the UN point out, migration to the largest cities (particularly those with more than 5 million people) is slowing, and migration to secondary cities is accelerating. McKinsey estimates that approximately 40 percent of Latin American regional GDP growth by 2025 will happen in secondary or mid-sized cities. São Paulo and Rio have dropped from above the national average in GDP among Brazil's cities to below in the last few decades. Mexico City, meanwhile, has been outpaced by 45 mid-sized cities in Mexico.

What is driving this trend?  The biggest cities are experiencing what McKinsey calls diseconomies of scale. Their inability to accommodate rapidly growing populations has led to severe traffic congestion, air pollution, and police forces that are too stretched thin to deter crime and violence. Burdensome regulatory systems too often stifle innovation and grassroots business expansion, which plays into the hands of monopolies and others who are well connected and already established. Because of these issues, megacities in developing countries are often unable to generate sufficient meaningful employment for their ever-expanding populations.

Many problems also stem from jurisdictional ambiguity. The unchecked growth of megacities has swallowed up suburban municipalities, which creates bureaucratic hurdles in delivering public goods.  Bogotá demonstrates a compelling example of this: with the city growing into its suburbs, these municipalities are often unable to resolve who is responsible for providing utilities to peripheral shantytowns, or who will clean up the river that forms the outer boundary of the city, or who will finance the last leg of Transmilenio so that it reaches the airport.

To be sure, megacities are doing some amazing things to overcome these hurdles. But the secondary markets are replicating these ideas and in many cases doing them better and faster because they are smaller with more nimble bureaucracies and less saturated consumer markets. Since these cities are not obvious choices for investment, they have to try harder; so many have created pro-investment agencies that assist new companies in navigating administrative processes, identifying their target market, and hiring workers.  Because there is less interference between the academic, public, and private sectors, many universities in secondary markets are able to be more hands-on and effective in helping to tackle practical urban issues. 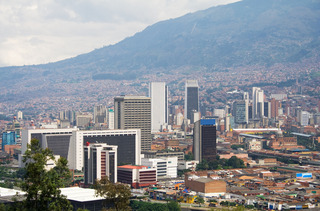 Lower operating costs in secondary markets can offer real benefits to companies looking to establish themselves in emerging markets. Utilities are often lower because the providers usually aren't as strained as they are in the megacities. Traffic is much more manageable, which imposes a lower time cost on residents. Buying or leasing a property can be anywhere from 15 to 50 percent cheaper in secondary markets; top offices in Medellín are renting at USD$20 to 25 a square meter a month while comparable buildings in Bogotá will cost USD$40- to 45 square meters a month.

Below are some examples of secondary markets in Latin America that have been pro-active in luring investment and stimulating their domestic business clusters:


Of course, not everything is rosy in Latin America's secondary markets. There is some risk, as these cities aren't as established and companies will need to do more due diligence. Finding local providers could be a bit trickier, as could finding an office or storefront to operate thanks to a lower supply and lower availability of space. But decision-makers should remember that once upon a time the more established markets represented a similar risk, and those who got in early were able to take advantage of the opportunities.

Scott Figler lives and works in Bogota, Colombia where he heads up the research division for Jones Lang LaSalle's North Latin America operation. His market reports can be found here.