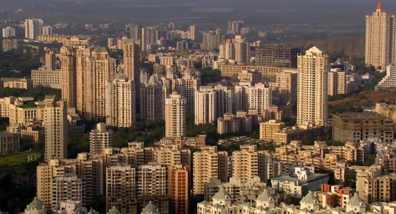 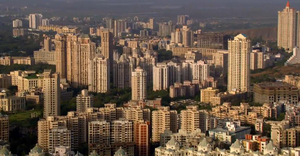 According to Ramesh Nair, Managing Director of Jones Lang LaSalle India, the office market in Mumbai has displayed resilience in the recent past.

Nair tell the World Property Channel that the consequences of the global economic slowdown have been subdued by expansion, relocation and upgrading demand, offering relief to its various stake holders. Many Indian and multinational companies have made significant fresh recruitments over the last few months, contributing to the office space take-up in Mumbai. Nevertheless, the market by no means matches the boom period in 2007 when the vacancy rate stood at just 2%. After peaking in 2008, Mumbai office property rentals fell for two consecutive years and are currently 38% below the peak. 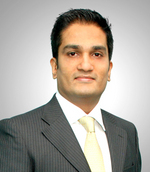 This has its upside. A number of tenants are taking advantage of the situation to relocate or consolidate. In fact, there has been a notable rise in inquiries on this front over the past three quarters, which has resulted in increased transaction velocity.

Currently the office vacancy rate has increased to 19%, marking 14 consecutive quarters of increased vacancy. Grade A office real estate stock in Mumbai is currently at about 67 million square feet, with a vacancy of approximately 13 million square feet. This is far from optimal - nevertheless, the increased absorption has created an atmosphere of hope. Developers and investors of commercial real estate are seeing real light at the end of the dark tunnel that was the 2009-'10 economic slowdown.

The two quarters of 2011 was a record first half for the Mumbai office real estate market, with approximately 5.5 million square feet of office space being absorbed. Mindspace in  Airoli, Navi Mumbai accounted for a large chunk of this absorption. Rentals have not increased, because Mumbai's office property market is in the midst of a major supply cycle that is focused mainly in the Central SBD, Western suburbs, Thane and Navi Mumbai.


The Mumbai office market saw positive sentiment and yield compression despite the high vacancy and lack of liquidity. The yield levels have currently stabilized at around 11 %.

While the market held its breath in anticipation of distressed properties hitting the market, the actual incidence of such deals was minimal. The fact is that office property capital values recovered ahead of rentals as investment activity strengthened on the back of the recovery phase and the return of positive sentiment. As the gap between buyers' and sellers' expectations narrows, a number of investment transactions have begun happening. There has been a marked increase in the sale of small units to professionals, HNI's and smaller businesses. In fact, well-capitalized HNIs with sufficient equity clout have realized that there are extremely good deals available and are re-entering the market in a big way.

Because of the excess supply of office real estate, only a handful of new commercial property projects have been launched in Mumbai over the last two quarters. The self correction phase has started with developers slowing down the construction of their commercial projects and converting some of them to residential.


Prominent new projects which will be completed in the next 6 months: