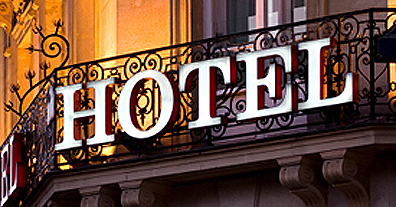 According to STR Global, the Americas region recorded positive results in the three key performance metrics when reported in U.S. dollars for September 2011.

Performances of key countries in September (all monetary units in local currency):

"After a more muted performance in August, European hoteliers reported growth for September in line with the previous months of this year", said Elizabeth Randall, managing director of STR Global. "While the wider economic climate has become more difficult during the past two months, the hotel market, so far, has continued to see demand increases. However, the hotel industry traditionally lags changes in the broader economy, and should the economic environment become even more challenging during the coming months, demand likely will be impacted".

Highlights from key market performers for September 2011 include (year-over-year comparisons, all currency in euros):


Performances of key countries in September (all monetary units in local currency):

The Middle East/Africa region reported mixed results in the three key performance metrics during September 2011 when reported in U.S. dollars.

The region ended the month virtually flat with a 0.1-percent increase in occupancy to 58.4 percent, a 1.5-percent fall in average daily rate to US$140.89, and a 1.3-percent decrease in revenue per available room to US$82.34.

"After consecutive monthly declines in occupancy since February 2011, the metric finally reported a slight increase in the region, driven by improving conditions in the Middle East and Southern Africa", said Elizabeth Randall, managing director of STR Global. "The slight increase in occupancy levels came through increased demand with a 3-percent growth for the month, which was the third month this year with demand growth. July and January were the other two months this year with demand increases of 1.5 percent and 7.4 percent, respectively".

Highlights among the region's key markets for September include (year-over-year comparisons, all currency in U.S. dollars):


Performances of key countries in September (all monetary units in local currency):

Hotels in the Asia/Pacific region experienced mostly positive results in the three key performance metrics during September 2011 when reported in U.S. dollars.

In year-over-year measurements, the Asia/Pacific region's occupancy ended the month virtually flat with a 0.4-percent increase to 68.1 percent, its average daily rate increased 6.6 percent to US$140.06, and its revenue per available room jumped 7.1 percent to US$95.34.

"New Zealand, which hosted the Rugby World Cup from 9 September to 23 October, reported the highest RevPAR increase for the region", said Elizabeth Randall, managing director of STR Global. "When analyzing the daily performances for Wellington and Auckland, different travel patterns became apparent. For Wellington, travelers arrived largely on the nights of Rugby matches for overnight stays but soon left the city to continue their journey around the islands. Meanwhile, in Auckland, the pattern has been slightly different during the qualifying matches, with ADR growth starting the night prior to games for two consecutive nights, which has allowed hoteliers to benefit longer".


Performances of key countries in September 2011 (all monetary units in local currency):