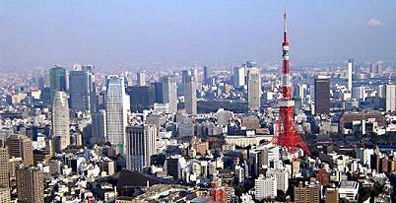 
According to STR Global, Tokyo's daily hotel performance came back to normality after the September 21 typhoon "N°15" paralyzed the city and its rail network.

The typhoon's impact can be seen in the daily occupancy performance reported by a sample of mainly upper-upscale and luxury hotels in Tokyo.

The typhoon nearly brought Tokyo to a standstill during the evening of 21 September. As a result, thousands of commuters had to consider staying overnight in the city until public transport could resume. On the night of the event, occupancy level peaked to 84.7 percent (+30.1 percent). The average occupancy rate for the month, up to 28 September, was down 6.5 percent compared to the same period last year.

The average daily rate (ADR) percent change for the night of the typhoon, on the other hand, remained in line with the rest of the month, down 4 percent. As a result, revenue per available room increased by 25 percent for one night compared to a weaker monthly trend.

"Natural events affect life in many different ways. Travelers anticipating a possible disruption find shelter, comfort and safety in hotels around the city", said Elizabeth Randall, managing director of STR Global. "As the weather storm passed, daily life returned to normal in Tokyo for both hoteliers and commuters".

STR Global tracks more than 5,800 rooms on a weekly and daily basis in Tokyo, mainly in the upper-upscale and luxury market segment.