Included is the first Residence Inn by Marriott-branded property for extended-stay travelers in the Middle East, which opens in suburban Manama, Bahrain later this year. When all 43 hotels now under development or construction open by 2016, Marriott International will offer consumers 74 hotels and resorts and more than 17,600 rooms across seven lodging brands in the Middle East & Africa. 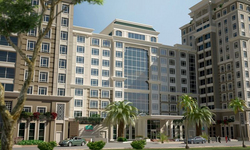 "Despite recent economic and political uncertainties in the Middle East and the northern tier of Africa, our development opportunities in the region remain strong," said Ed Fuller, president & managing director for international lodging. "These new hotels are expected to open over the next five years and will be perfectly positioned to help accommodate the nearly 90 million travelers that the World Travel & Tourism Council estimates will visit the region annually by 2016. Today, the Middle East welcomes approximately 68 million visitors each year."

Mr. Fuller said that Marriott continues to aggressively explore attractive expansion opportunities in sub-Saharan Africa and expects to announce projects later this year in countries like South Africa, Mauritius, Tanzania, Angola, Nigeria and Benin. "The region has enormous tourism potential and we plan to play an important role in its development," he said, adding that Marriott's first two projects in sub-Saharan Africa are expected to open in Accra and Kigali next year. 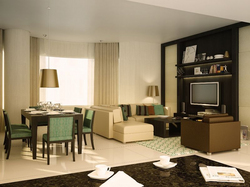 Announced today are the following hotels: