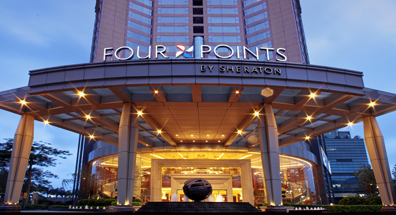 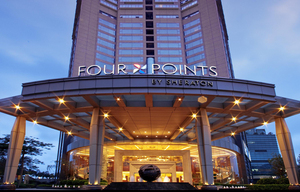 Starwood Hotels & Resorts Worldwide (NYSE: HOT) is continuing to expand their long established lead as the largest high-end hotel operator in China with more than 70 existing hotels and a pipeline of over 90 new hotels.   China is now Starwood's second largest hotel market in the world, behind only the United States, and in 2011, Starwood will open one hotel every two weeks in China.

"China is one of the world's fastest growing domestic and outbound travel markets. In fact, Beijing Capital International Airport is now the world's second busiest airport, with more passengers than Chicago O'Hare or London Heathrow," said Frits van Paasschen, President and CEO of Starwood.  "China continues to be the richest source of new Starwood travelers with enrollment in our Starwood Preferred Guest loyalty program jumping 71% due to the strength of our growing hotel portfolio and distinct brands that resonate with Chinese travelers." 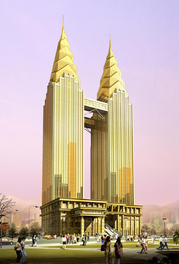 Starwood's first-mover advantage in China dates back to 1985 with the landmark debut of The Great Wall Sheraton Hotel in Beijing, which was the first international branded hotel in the People's Republic of China.  Today, Starwood has a significantly larger footprint than its competitors, and the largest pipeline of new hotels in the four and five star category.   "Starwood's long legacy in China gave us a considerable head start.  Today, with more than 30 years of experience in the market, longstanding native Chinese teams and valuable relationships with local owners and developers, this advantage continues to be meaningful," said Miguel Ko, Chairman and President of Starwood's Asia-Pacific Division, a Chinese native who began his career with Starwood in 1979.

China Provides Blueprint for Growth to Emerging Markets Around the Globe

Starwood is the only global hotel company with more hotels and rooms outside the U.S. than inside. According to van Paasschen, Starwood's growth in China is illustrative of growth opportunities in other markets throughout Asia Pacific, Africa, the Middle East and Latin America.  "Many predict that more than 70% of the world's growth over the next decade will come from emerging markets, which is consistent with Starwood's skew towards development in these markets.  China recognizes that hotels are an essential component of infrastructure growth, and other fast growing markets are following suit.  As the world's most global hotel company with the strongest presence in emerging markets, these trends work in our favor, and we could not be more bullish on our long-term prospects." 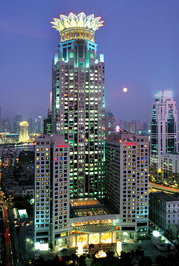 Reflecting Starwood's game-changing growth in China, the company is undertaking an unprecedented managerial endeavor by moving its Senior Leadership Team to China for one month.  From June 8th through July 11th, Starwood President & CEO Frits van Paasschen and the company's top executives will be headquartered in Shanghai, where they will conduct day-to-day business on a 12-hour time difference with their "usual" operations in White Plains, New York.  This unique relocation reflects Starwood's innovative approach to cultivate a more global culture in a company that grew up largely in the United States.

Intra-China and Chinese Outbound Travel on the Rise

"When we opened our first hotels in China, we were basically an outpost for Western travelers," says Simon Turner, President of Global Development for Starwood.  "Today, more than 50% of our guests in China are Chinese. The Chinese are beginning to become a major global travel force as well, and by 2015 China will have 100 million outbound travelers, the largest in the world.  For some perspective, that is more people than visit France each year, which is the number one international tourist destination in the world.  When they travel abroad, the Chinese will stay with the hotel brands they know from home, which underscores the significance of our growing footprint of flagship hotels in China and its halo effect on Starwood's hotels around the world."

Eight Out of Nine Starwood Brands Fly Flags in China

Starwood Hotels & Resorts Worldwide has over 1051 hotel and resort properties located in 100 countries and territories globally.