Sheraton Hotels & Resorts Heads To The Spring City Of China 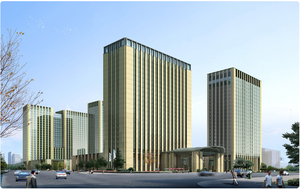 "Sheraton Jinan Hotel is a logical extension of Sheraton's growth in China, following the signings of Sheraton Beijing Dongcheng Hotel and Sheraton Huadu Resort. Jinan, the capital of Shandong - a significant coastal province in East China, has evolved into an important administrative, economic, and transportation hub. We are excited about the tremendous opportunities and demand for the Sheraton brand in China's Spring City." added Qian.

Jinan, being the road and rail transportation hub of Shandong is located at the intersection of two major railways: the Jinghu Railway running in the north-south direction from Beijing to Shanghai and the Jiaoji Railway that connects Jinan to the sea port of Qingdao in the west. Jinan has been renowned for its lakes and springs, including Daming Lake and The First Spring under Heaven. Other exciting sights include Qufu, the birthplace of the ancient philosopher, Confucius, and Mount Tai, the best of the Five Sacred Mountains of China.