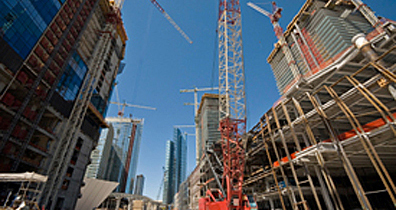 "Three of the top five markets in Asia/Pacific with the most rooms under construction are based in China and India", said Elizabeth Randall, managing director of STR Global. "These countries are expected to continue to attract the most development activities going forward".

"Not surprisingly, with 6,418 rooms under construction, Mexico has the highest number of rooms in the In Construction phase of the Caribbean/Mexico pipeline," said Lana Yoshii, VP of content management at STR. "However, because they have the most number of open rooms, they are only expecting a 2.2-percent increase in supply when these projects open. The Bahamas has the second highest volume of rooms in construction (1,424 rooms) but will see an 8.7-percent increase in existing supply when those rooms open."

Among the countries in the region, Mexico reported the largest number of rooms in the In Construction phase with 6,418 rooms. Other countries to report a significant number of rooms under construction include: the Bahamas (1,424 rooms); the Dominican Republic (1,280 rooms); Aruba (320 rooms); and St. Lucia (259 rooms). 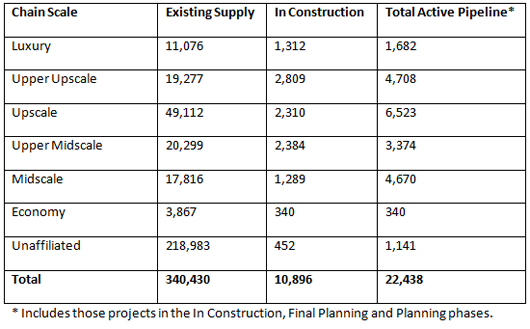 "Russia and two of the CIS states have the largest expected room growth compared to the existing supply", said Elizabeth Randall, managing director of STR Global. "Russia's secondary markets have become a focus for hotel development, as international players move farther afield than Moscow and St Petersburg. Azerbaijan and Kazakhstan have only recently seen more interest and hotel development activities; their existing supply is more limited compared to other hotel markets, which gives more room for growth for new projects in these countries".

"The main activity of hotel development in the region takes places across the United Arab Emirates, Saudi Arabia and Oman", said Elizabeth Randall, managing director of STR Global. "Selected markets will see more than half of their current supply entering the markets over the coming years. Whilst the long-term prospects for the region are good, the new supply will create more challenging market conditions for the short-term. We see a more diverse offering coming into the markets, which were so far dominated by the upscale to luxury properties".