(Grand Cayman Island) -- Despite receiving a negative label in the recent US presidential race as a 'safe haven for tax dodging rich politicians' (as some tried to paint Mitt Romney in 2012); the Cayman Island's hedge fund eco-system is thriving today.

The Cayman Island's financial industry is actually a legitimate, transparent and legal tax haven for wealthy individuals worldwide to execute more efficient tax strategies for their money.  Gone are the days of drug lords and dictators laundering their suitcases full of cash from over three decades ago.

Today the Cayman Island's banking and financial industry is one of the most regulated and scrutinized financial markets in the world. It is far harder to get Government approval to open a bank account in the Caymans than in any US bank due to the extensive background checks the Government performs.

Since 2000, there has been enormous growth in the Hedge Fund governance industry. Separate from the estimated 9,500 registered hedge funds in the Cayman Islands today, there is also a highly experienced hedge fund industry support infrastructure (law firms, CPAs, tax advisers, bankers, recruiters and administrators) in place. 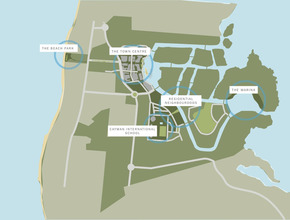 The island enjoys having many top tier law firms to help fund managers set up and structure their funds; top audit firms and experienced fund administrators on the ground make it easy to set up funds here. Speed to market coupled with its mature support services industry gives the Cayman Islands a competitive advantage over other fund domiciles worldwide.

Camana Bay is a vibrant new town center located in the heart of Grand Cayman Island. The mixed-use project stretches over 500 acres from the famous Seven Mile Beach to the tranquil North Sound; this master planned community opened in December 2007 and is one of the first examples of New Urbanism in the Caribbean. 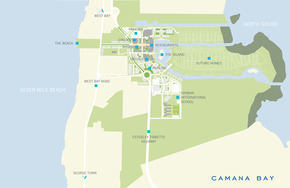 Future phase II development of Camana Bay will consist of a much larger focus on residential units. The master plan calls for 435,000 square feet in residential communities consisting of a dynamic mix of condominiums, courtyard town homes, cottages and single family homes defined by walkability, community and Caribbean living on and near the water. New Urbanism appeals to both Caymanians and North American vacation home owners, and offers an alternative to outlying canal developments that contribute to island sprawl. The first project within phase II will consist of approximately 115,000 square feet of the condo style units. The main driver of timing is market demand.

Unlike most Caribbean projects that have not done so well in the last 5 years since the 2008 global market economic crash, Camana Bay seems to have two significant advantages;

First, an existing built-in and growing internal marketplace in which to source future commercial tenants and residences.  Many hedge fund support and services companies are relocating from nearby Georgetown;  therefore,  Camana Bay doesn't have to recruit "off-Island" tenants to lease commercial space.

Second, Camana Bay has a very deep-pocketed developer with a reported net worth in the billions of dollars that has the financial 'staying power' to internally fund, develop, lease, sell and manage its' real estate assets over multiple years. This helps further instill confidence in the local marketplace for commercial tenants considering a relocation of their office operations.

Camana Bay's residential component is also benefiting from the local real estate homes sales activity increase in the last half of 2012. 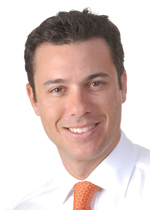 Local real estate expert Michael Joseph of Remax Cayman Islands says, "Cayman has seen a genuine uptick in activity in the last 3 months compared to the last 3 years and this is in main part due to an increased confidence retuning back to the market from not only a local  residents level , but North Americans also see value. This I feel is in main part due to the revised and ongoing revision of immigration policies, along with several major projects in the works that include a new larger port berthing facility for cruise ships, airport runway extension for larger plane service, a new medical tourism hospital, the creation of a special economic trade zone and, finally, new highway infrastructure works that are underway."

Joseph further comments, "Housing inventory has started to decline and the average sales price (currently USD $550,000), and number of sales transactions is on the rise indicating a turn in the market!" 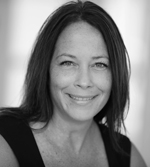 Dart Realty's COO Jackie Doak tells World Property Channel, "The vision for Camana Bay is to grow a thoughtfully designed, vibrant and enduring town in the heart of Grand Cayman, stretching sea to sea from Seven Mile Beach to the North Sound. We focused on the core community-building developments of the school and Town Centre first which helped establish Camana Bay as a civic and social center of the island. Now, more than 1,000 people live and work in Camana Bay every day, and we're carefully considering our next phase of residential development. By staying true to Ken Dart's vision of a world class waterfront town, defined by walkability, abundant open spaces and a lasting spirit of community, we're confident that Camana Bay will thrive as the Caribbean's premier New Urbanism development. We believe the distinct Camana Bay experience which entices visitors to linger in the Town Center will also one day make them want to call Camana Bay home."