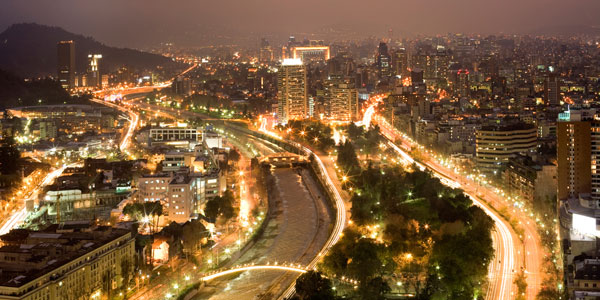 Due to increasing large format retail store saturation levels in Santiago and growing numbers of people that are living in new residential areas at lengthy commuting distances from larger retail centers, mini-malls are fast becoming an important new retail sector segment.   According to an article published in the Chilean newspaper Diario Financiero, approximately 26,000 square meters of mini-mall retail space entered the market in 2012.

Retail spending has also been driven by consumer credit availability.  Based on data from the Chilean Ministry of Finance, the number of credit cards issued as of the 3rd quarter of 2012 was 6,214,178 and total credit card purchases amounted to approximately 1.3 trillion pesos.   This is a significant increase from the 5,460,609 credit cards issued and total purchases in the amount of approximately 199 billion pesos as of the 3rd quarter of 2011.

Despite retail growth, however, there has been increasing retail saturation, particularly for larger retail formats.   In the A.T. Kearney Retail Global Retail Development Index, Chile was ranked 2nd in the world but it received a low score of 17.4 for its market saturation level, indicating that it is highly saturated.   Due in part to increasing saturation levels, many large retailers have been aggressively expanding outside of Chile.

Apart from urban sprawl and the interest many Santiago residents have in cutting shopping commuting times in a city where rapidly increasingly car ownership levels are clogging roads, mini-malls have several positive features from an investment perspective.  One of these is that  there are many places in Santiago, as in many parts of Latin America, where there are large amounts of older, underperforming retail space.  These plots are often easier to obtain and convert into new retail space than the large plots required for larger malls.  Mini-malls also tend to be anchored in Chile by strong retail segments, such as banks and pharmacies, which tend to resist economic downturns better than higher end stores found in larger malls. Mini-malls can be built significantly faster and at much lower cost than a traditional shopping mall, an important factor in an environment where development costs are rapidly rising and lengthy development periods can erode investment returns.

Demographic trends suggest that convenience-based demand for smaller retailer formats should continue.  According to the preliminary results of Chile's census, the population of Quilicura, a commune at Santiago's northern periphery, grew over 61% between 2002 and 2012.  The population of Lo Barnechea, a commune in the north eastern periphery of Santiago, grew 33.3% between 2002 and 2012.   Increasing population densities in these areas have created many opportunities for numerous types of mini-malls.