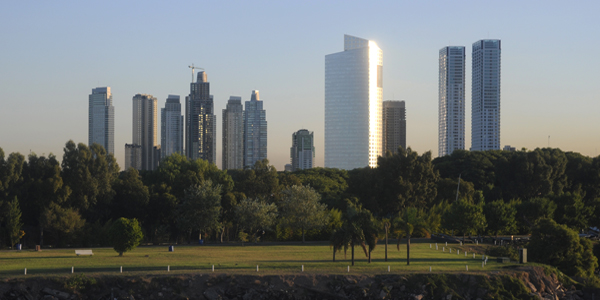 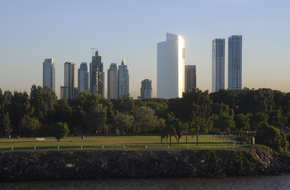 In addition to creating the world's first international hotel chain, one of the great accomplishments of Hilton Hotels founder Conrad Hilton was to lead his hotel properties through many periods of great economic difficulty. Building on its international presence and history of making investments despite difficult macroeconomic circumstances, it was announced that the Hilton will build its fifth hotel in Argentina.

The hotel, Hilton Pilar Hotel & Residences, will be built in the Pilar Golf complex in the City of Pilar in the Province of Buenos Aires.   The planned three story hotel will have 170 rooms, more than 21,000 square feet of meeting space and numerous amenities.  Apart from the hotel, the project will also include 130 residential units comprised of condominiums as well as free standing houses.  It is expected that the hotel will open in March of 2015.

The Argentine hotel industry is currently facing difficult times, as currency restrictions have made US Dollars harder to obtain and the Peso's purchasing power has eroded due to high inflation levels.   A key source of Argentina's leisure industry revenues are tourists from Europe, whose disposable income has sharply declined. Domestically, while rapid economic growth helped Argentine consumers weather some of the effects of inflation, Argentina's economic growth rate is expected to fall from a soaring nearly 9% in 2011 to slightly over 2% in 2012.  One of the largest impacts of this economic slowdown will very likely be on vacation and luxury item spending.

Faced with increasing economic and political uncertainty, a number of international businesses have decided to close or scale down their Argentina operations.   Luxury brands Ralph Lauren, Ermenegildo Zegna and Escada have reportedly closed or reduced their business activities.    There are not high hopes for a significantly improved operating environment for international businesses in the short term due to the likelihood of continuing foreign currency restrictions and worsening economic conditions.

On the other hand, the new Hilton project could benefit from the fact that a significant portion of the investment will involve the sale of residences.    Due to concerns about Peso-denominated financial assets, many Argentines have sought to purchase real estate, a trend which has continued to push prices up even though currency restrictions have caused transaction volumes in the largely US Dollar-driven market to dramatically fall.  In an environment of shrinking safe harbors to prevent currency value erosion, an opportunity to buy into a well known international real estate brand could be viewed by Argentines as a good short term defensive strategy as well as long term investment option.

More broadly, the fact that Hilton is ramping up its Argentina investment and country commitment while country investment fundamentals are declining, a strategy which runs counter to the historical experience of many international investors, could pay significant dividends when Argentina's investment conditions once again improve.