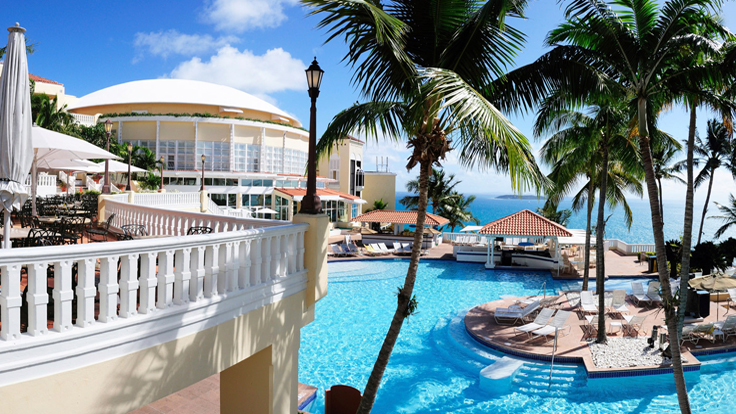 
The Caribbean has traditionally based its popularity on sandy beaches, nightlife and good food. But it may not be enough for travelers.

When compared to other areas in the world, customers say the Caribbean is falling behind in other areas affecting their travel decisions, such as sense of security and overall cleanliness, according to a new survey.

TravelSat interviewed more than 30,000 travelers and found the Caribbean was "less competitive" than its global rivals in five key areas: Cleanliness in and outside cities, feeling of security, transportation infrastructure, digital services and architecture, urbanization and development.

"Overall most of Caribbean destinations are able to provide superb beach experience, but other destinations can do it as well," TravelSat chief executive Olivier Henry-Biabaud told WPC. "So the challenge now is to make the difference on other aspects of the visit, especially those aspects visitors do not need to pay for but which drastically drive their intention to recommend or repeat visit."

The locations in the Caribbean that performed well in the survey usually provided a consistent level of quality throughout the visit, beyond beach beauty, Mr. Henry-Biabaud said. There was no correlation between the size of the location and the quality of service provided.

The study found that the Caribbean was most competitive in beaches, leisure activities, local food quality, shopping and "local people," when compared to competitors in the Indian Ocean, Mediterranean, Asia-Pacific, Latin America and the United Arab Emirates.

The survey, the first of its kind by TravelSat, raises issues for the Caribbean in the competitive sustainable tourism industry, as emerging markets work harder to compete. Dubai, for example, adds a shopping bonus to its beaches to attract European markets, Mr. Henry-Biabaud noted.

The company does not have previous survey data to use as a basis of comparison. But it is a good benchmark for destinations to analyze competitiveness.

"Given that nearly 40 percent of recruitment in a destination is driven by friends and relative post-visit recommendation, efforts and investments made in the visitors' experience can pay back more than any ad campaign on CNN," he said. 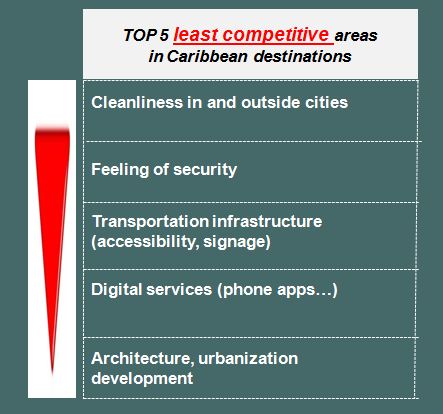 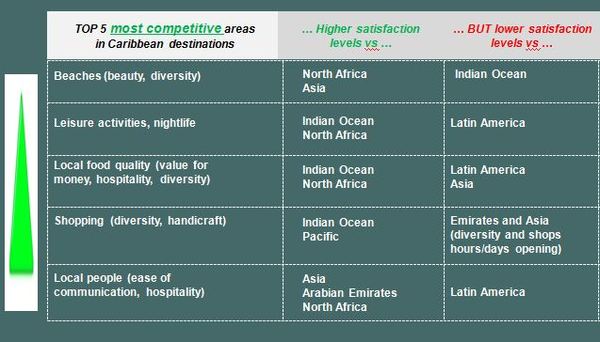