Property mogul Donald Trump has quietly purchased a luxury villa on the Caribbean island of St. Martin, a property which he describes as "one of the greatest mansions in the world."

No sale price was announced, but the estate, Le Chateau des Palmiers, was listed for $19.7 million. 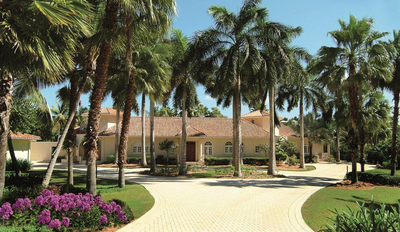 The oceanfront villa, which is offered for weekly rentals, is located on five acres on Plum Bay Beach, on the French side of St, Martin/St. Maarten. The estate includes 9 bedrooms, a tennis court, air-conditioned fitness center and a putting green, as well as a personal chef, butler and "daily laundress."

Mr. Trump confirmed the purchase this week in an e-mail to clients. The property "blends the elegance of a private chateau with the service of a five-star resort," Mr. Trump wrote.

The sale of the estate was rumored for several weeks on St. Martin, according to the local paper, The Daily Herald. The transaction was a private sale between the villa owner and Mr. Trump, Lesley Reed, managing director of estate agency Pierres Caraïbes told the Herald. 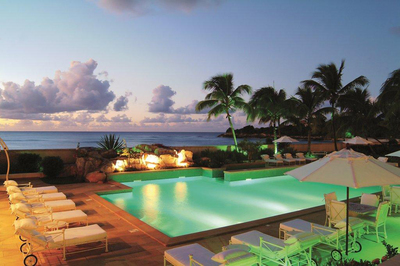 "It's a good thing for the low lands area and St. Martin," Ms. Reed told the Herald. "Donald Trump has an excellent eye for real estate. He is someone who buys at the right time in the right place and, contrary to what people are losing sight of, he sees potential in St. Martin. He also has a loyal following of people that trust his investments."

According to the Web site for Le Chateau des Palmiers, the 5-bedroom oceanside villa and the four-bedroom gardenside villa are available for rentals for a minimum of five days. No rental rates were listed

Mr. Trump reportedly stayed at the estate in the past, according to media reports.