Egyptian billionaire Naguib Sawiris, part of the Orascom family conglomerate, is planning to build three five-star hotels in the island country of Grenada.

Mr. Sawiris met with Prime Minister Keith Mitchell during a recent visit to discuss investment in Grenada's tourism and hospitality industry, according to a government statement.

The telecom mogul, worth $2.5 billion according to Forbes, has already purchased beachfront property and Silver Sands Hotel, a popular hotel in Grenada previously damaged by a hurricane in 2004, the Caribbean Journal reports. He is also reportedly interested in the Riviera land between Camerhogne Park and the Grenada Grand Beach Resort, and is discussing a lot in Morne rough owned by St. George University, the government said.

Future investment figures were not disclosed by the government.

The billionaire hopes to build the three new hotels within three to four years, according to media reports. The construction is expected to add as much as 30 to 40 percent of the country's room supply. 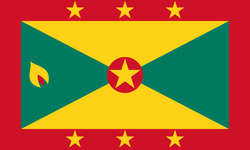 Mr. Sawiris is the former chairman of Wind Telecom and Orascom Telecom Holding and co-founder of Egypt's Al Masreyeen Al Ahrrar political party. His business portfolio extends to countries in the Middle East, Switzerland and the U.S. He is the eldest son in the Sawiris family, which control the Orascom group of companies. His brother, Samih Sawaris, is the founder and chief executive of Orascom Development; another brother, Nassef runs Orascom Construction.