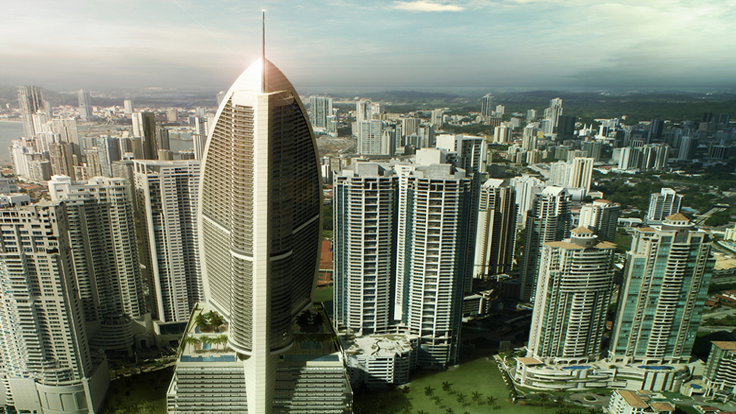 
Two years after the Trump Ocean Club hotel opened in Panama City, work has restarted on plans to build the largest casino in the region.

The Trump casino could be open as early as February, but is more likely to debut later in 2014, managing director Mark Stevenson told WPC News. Designers are "in the final stages right now of completing the final planning and detailing," he said.

Trump announced an agreement with South Africa-based Sun International to operate a 75,000-square-foot casino in the hotel in November 2012. Sun would pay $45.5 million to operate the casino and another $60 million to build out the facility.

But progress was slow, in part due to the developer's financial issues. In May Newland International Properties Corp. went through bankruptcy proceedings in the United States, as it negotiated a restructuring of its $220 million debt.

With the restructuring complete, work on the casino is moving forward. The Trump will be the second property in Latin America for Sun, which developed the Monticello in Santiago, Chile.

Sun is a "very good, high end operator and very complimentary to what we want to do," Mr. Stevenson said. "They have a war chest to begin expanding through Latin America because they think this is strong market for their type of project."

The casino should help expand the customer base for the 369-room Trump, the largest hotel in Latin America. Seventy percent of the Trump's clients are business travelers, primarily from North America.

"I think [the casino] will increase the group and leisure business coming in from Latin America," said John Cardona, Trump's director of sales and marketing.

Sun has also agreed to take over a block of rooms on the 66th floor for high rollers, which should help the hotel on weekends, a traditionally difficult time to fill hotel rooms in Panama City. 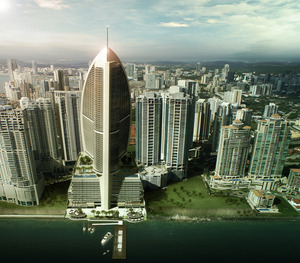 The two-year-old Trump expects to report an average occupancy of about 55 percent for the year, Mr. Stevenson said. The average revenue per room has been increasing at "double digits" every year and the hotel has been able to maintain an average room rate of $180 a night, which is high for the Panama capital, he said.

"The biggest challenge in Panama right now is the overall market is growing," Mr. Stevenson said.

Traffic to Panama continues to grow, but the number of hotel rooms has increased by 30 percent in the last three years, with another 3,000 rooms expected by 2015, according to industry estimates.

The progress of the Trump has been closely followed in the industry. The tallest tower in Central America - the building's sail-like shape drew comparisons to the Burj al Arab in Dubai - the project was launched in 2006 and faced the full force of the market collapse in 2008.

Of the 873 units sold in the project, 50 percent of the buyers never completed their purchases, Mr. Stevenson said. There are a total of 1,100 units in the building - 369 hotel-condos and 635 residences.

The casino was always part of the development plan, but was put on the backburner when condo sales stalled. A beach club and spa were also delayed.

Now, in addition to progress on the casino, development of the beach club is in its final stages. Located on an island off the coast, Isla Viveros, and accessible by ferry, the beach club should be open by October, Mr. Stevenson said.

Sales of residences have also restarted. Forty-five units have been sold since the start of the year, Mr. Stevenson said.