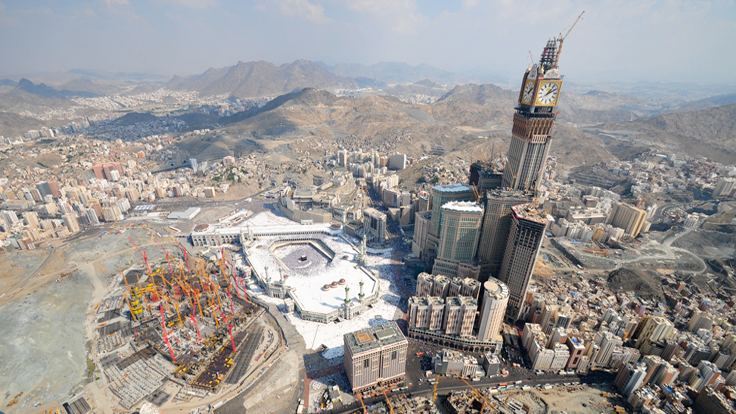 Located minutes from the Holy Mosque, Best Western Plus Bakkah Awan Hotel joins other hotel brands expanding in the city looking to profit from pilgrimage travelers.

"Religious and pilgrimage travel is one of the fastest-growing sectors of the industry, and Makkah is at its heart, tourism in Saudi Arabia is booming."  Glenn de Souza, Vice President, international operations Asia & the Middle East, told WPC News. "Apart from the recently launch Best Western Plus Bakkah Awan Hotel, since the religious tourism market is a big draw, we plan to open more than 1,900 hotel rooms in the Holy City of Makkah in the coming years."

Beyond the holy city, Best Western has plans for expansion in Saudi Arabia with a mixture of midscale, upscale and luxury products.

"We currently offer two hotels in the country but plan to expand the nationwide portfolio to 14 hotels by 2015, with new openings in Al Ahsa, Makkah, Jeddah and Al Qissim," de Souza said. "Saudi Arabia is one of world's fastest growing travel markets - 14 percent rise in international arrivals in 2012."

The hotel brand plans to operate at least 3,600 hotel rooms across 22 properties in eight Middle Eastern countries by the end of 2015, the company says.

"In our Middle Eastern growth strategy we also look at the Gulf Cooperation Council region - especially Qatar, KSA, and UAE," de Souza told WPC News. "Qatar is one of our main areas of focus where we see the continuing growth in the market.

The new Best Western Plus Bakkah Awan Hotel has 152 rooms with common amenities and free internet. The property has a restaurant, coffee shop, kid's club, business center and includes shuttle service to the Holy Mosque.