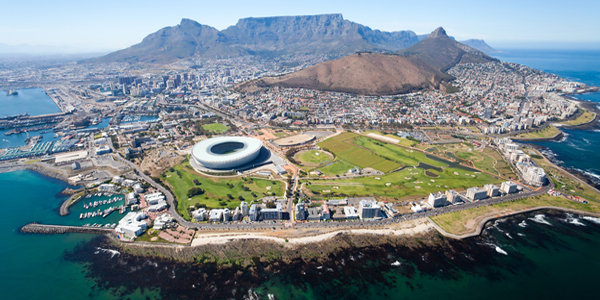 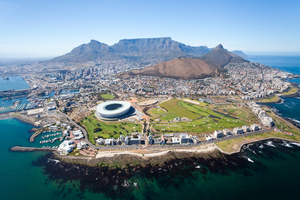 According to STR Global, South Africa saw revenue per available room (RevPAR) increase by 13.6 percent for the first two months of this year, reaching ZAR542.07.

The last four months showed double-digit improvements in occupancy and RevPAR following more muted performances after the country hosted the 2010 FIFA Football World Cup, which were driven by additional supply entering the destination and increasing competition.

"Prior to the 2010 FIFA World Cup, both Johannesburg and Cape Town saw increased new supply, which put pressure on the market post-games and was reflected in the hotels' performance", said Elizabeth Randall, managing director of STR Global. "Hoteliers are now seeing growth in both rate and occupancy. This is good news, as improved demand since the second half of 2011 has led to increased RevPAR across South Africa. During the first two months of 2012, we have seen some of the major markets experiencing double digit RevPAR growth".

Supply and Demand change by month 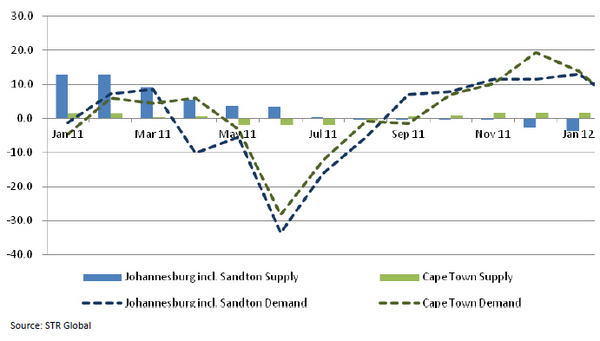 Looking at the two cities, particularly at the Luxury and Upper Upscale segments in more detail, it shows a stronger RevPAR growth for the Luxury and Upper Upscale hotels in Johannesburg, which are mainly based in Sandton. Whilst new supply has remained flat since June 2011, in these segments demand growth increased by 21.8 percent.  Benefiting from increased occupancy, RevPAR grew by 19.3 percent to ZAR789.56 year-to-date.

STR Global tracks more than 40,400 rooms across the country. 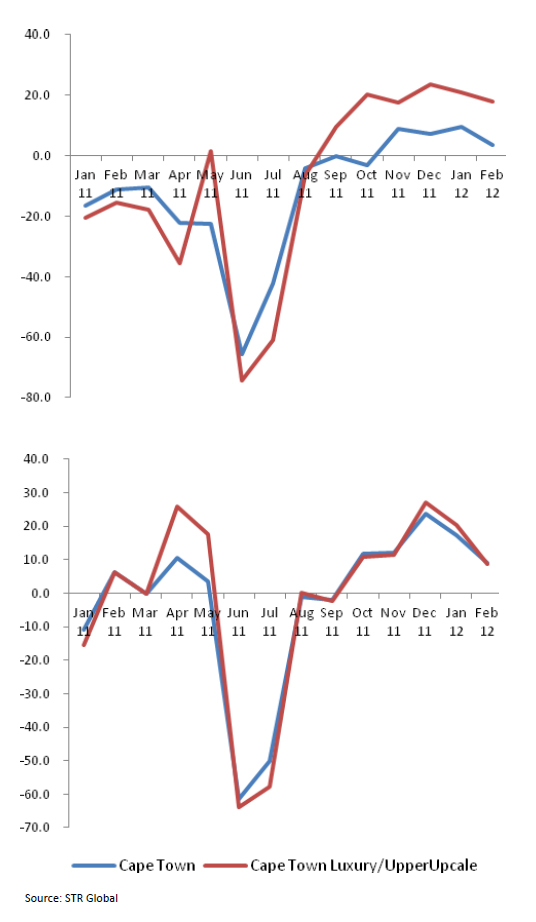