According to STR Global, hotels in Dubai performed nearly in sync during Ramadan 2014 compared with Ramadan 2013. The shift of Ramadan impacts travel patterns which in turn affected overall hotel performance in Dubai and across the entire United Arab Emirates.

"As Ramadan occurs at different times each year, we are always curious to analyze any differences in performance during the fasting month to determine whether its timing has an impact", said Elizabeth Winkle, managing director of STR Global. "We see very little difference from 2013 to 2014.  In both years, Ramadan occurred in the height of summer months which is traditionally a slower period for the country's hotels.  Average-daily-rate levels managed to grow by AED4 and despite the 7.8-percent supply growth in 2014, hotels were able to maintain the same levels of occupancy".

During Ramadan, which was 28 June through 28 July, hotels in Dubai reported an occupancy rate of 41.2 percent, an ADR of AED576 and revenue per available room of AED237. 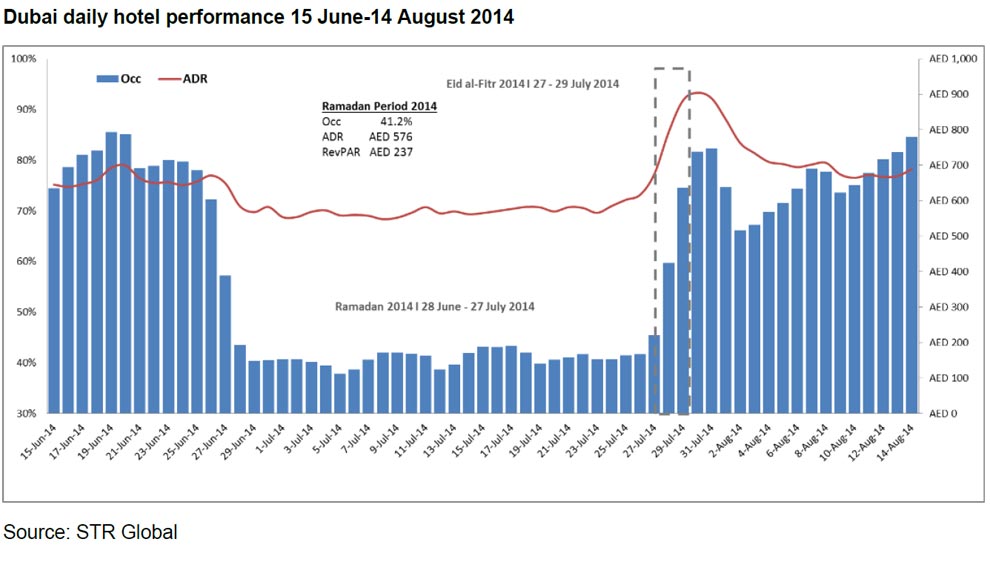 Similarly, during Ramadan last year, which was 8 July through 7 August, Dubai hotels reported an occupancy rate of 42.7 percent, an ADR at AED572 and RevPAR of AED244. 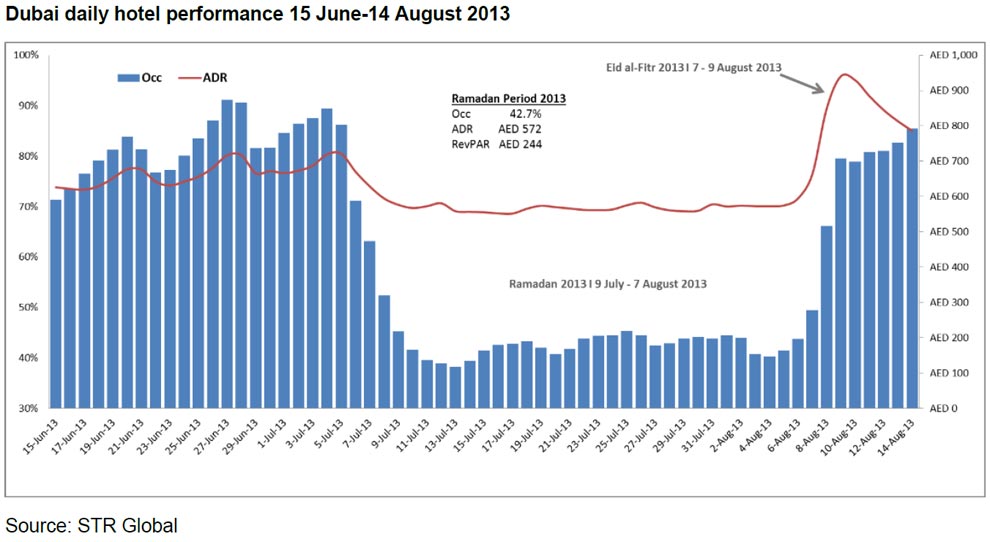 "The slow performance during July 2014 was anticipated. July is typically the weakest month of the year, and the timing of Ramadan had an impact on performance for the month. Post-Ramadan we've seen an initial uptick", Winkle said. "We expect, as forecasted in conjunction with Tourism Economics, that Dubai hotels will end the year with a 2.2-percent increase in RevPAR".