According to JLL's annual Airport Outlook Report released today, top U.S. airports are engaged in a fight for a larger share of the challenged U.S. air cargo market.

With world trade growing faster than demand for air cargo, both airports and air carriers face a significant challenge - how can they attract air freight and fend off competition from other cheaper modes of transport such as intermodal and trucks? 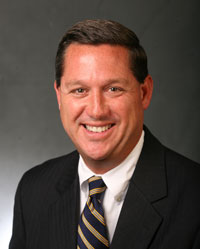 "Airport executives are increasingly focused on the bigger picture, specifically the role that their airport and the supporting infrastructure play in making shippers' supply chains more efficient," said Rich Thompson, Managing Director of JLL's Ports Airports and Global Infrastructure (PAGI) group. "The market is not growing as a whole, so they must use every tool they have to stand out, and attract shipping volume."

Instead of relying on airline revenues for driving growth, airports are focused on leveraging nearby commercial real estate assets and logistics corridors to position themselves as an essential link in the supply chain. In fact, some airports are now seeing more than 60 percent of their revenue derived from non-airline sources.

"There are two factors that could increase global air freight," said Thompson. "The rapid growth of e-commerce sales to consumers who demand rapid package arrival, and the demand for time-sensitive and high value goods such as food, perishables, biologics and pharmaceuticals."

JLL's proprietary Airport Index ranks Chicago, Miami, and Los Angeles, as the top performing U.S. airports this year based on criteria such as availability of industrial and warehousing space, access to large population centers, and air cargo growth prospects, the latter is expected to grow by an average of 5.8 percent over 10 years for the airports highlighted in the index.

The top three "aerotropolis" districts--the areas surrounding these cargo-intense airports--stand out for their population access and infrastructure: