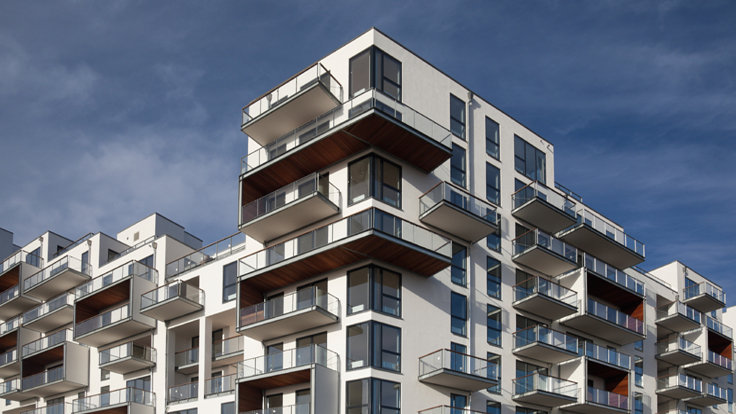 Are There Too Many Apartments in US?


A surge in apartment construction in the United States is making investors and builders wary as concerns grow the market may be overbuilt.

Construction is coming back, "but it's not the end of the world," Jim Costello, managing director of America research for CBRE told a multi-housing conference in Miami yesterday.

The current pace of construction can't be maintained, Mr. Costello said. The multi-housing development boom, which reflects revived projects and pent-up demand from the post-2008 industry standstill, should wane by the end of 2014.

"We see a little more construction in 2014, but that's the peak," Mr. Costello said during the CBRE Multi-Housing Summit Florida.

But demand remains strong, aided by an improving job market. The national vacancy rate should stabilize at about 5.2 percent, Mr. Costello said. Multi-housing also does well in inflationary times, he noted.

"In the next five years I still think it is going to be a tight market," he said.

Overall, commercial property executives attending the conference expressed a mixture of optimism and pessimism about the current market. The market is strong, but many still see the type of landmines that led to the last boom and bust cycle.

"It's happening all over again," said William Procida, Procida Funding and Advisors. "Money is too loose."

Related Group chief operating officer Matt Allen was asked about Ft. Lauderdale, where the company is building two apartment towers, and considering a third. Isn't there a concern about over-supply of apartments, give the city doesn't have the same drivers as its sister to the south, Miami?

But Ft. Lauderdale has a 90 percent occupancy rate, he said. And there has been almost no new condo construction.

"The domestic [condo sale] market will come back and that will take some of the rentals off the market [as condo conversions]," Mr. Allen said.