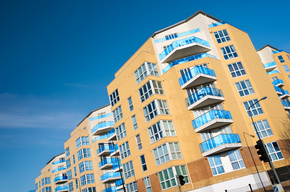 Although the U.S. multi-housing vacancy rate is expected to go up in 2013, it will remain near the historic average.

That higher rate is expected to be 5.3% in 2013, according to a new report from CBRE Group, Inc. The increase, from a rate of 4.5% in third quarter 2012, will be the result of new units being completed and a slight decrease in demand compared to historically high levels in recent years. But CBRE also forecasts that the multi-housing vacancy rate will fall back to 5.2% in 2014.

"It is a great time to own multi-housing properties: apartment demand is benefitting from the slowly recovering economy as well as a rapidly expanding pool of renter households," says Gleb Nechayev, senior managing economist at CBRE Econometric Advisors.

Rents have gone past previous peak levels in most markets and vacancy rates are below historic averages, according to the CBRE report. The apartment market began an expansion phase in late 2011 and since then, fundamentals have continued to show steady improvement. New supply has also picked up a lot as a result of strong fundamentals. Completions are expected to return in 2013 to the 1998-2008 annual average of about 190,000 units, according to CBRE. In spite of this, growth in demand is expected to slow in the new year.

As vacancies approached historically low levels in the third quarter of this year, levels last seen in 2006 and 2007, growth in apartment demand had slowed to a rate of about 120,000 units per year in third quarter 2012, from 160,000 units the quarter before, according to a "Flash Multi-Housing Vacancy Index" report put out by CBRE Econometric Advisors on October 4, 2012. Effective rent growth had also slowed down, according to CBRE, with the national same-store index rising at an annualized rate of about 3.5% compared to 4% in the second quarter.