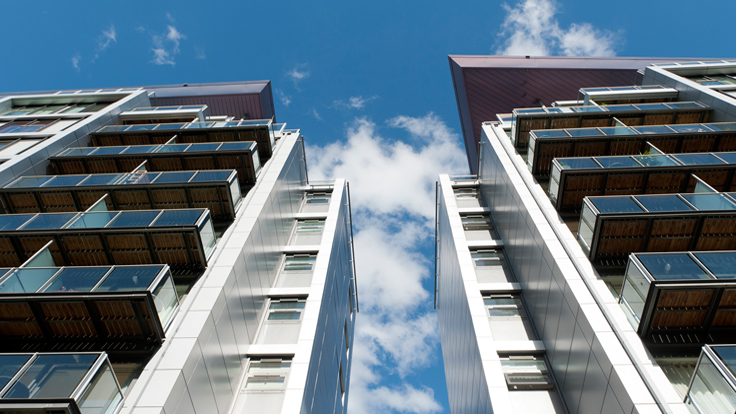 
Washington-based private equity firm Carlyle Group, which has more than a third of its $2.3 billion of its real estate funds invested in apartments, is reducing its holdings in multifamily housing as a post-recession surge in activity starts to slow.

"We went from an unusually high-growth market to a market that is growing and attractive but more stable," Robert Stuckey, Carlyle Group's head of U.S. real estate investing, told Bloomberg. "Our capital was useful at the front edge of the recovery."

The firm is looking to sell apartments as a resurgence in construction has reduced multifamily shortages. Price increases for rental properties make them less attractive for private equity firms looking for a return of 20 percent or more, Mr. Stuckey said. The company has invested approximately $800 million of equity in 61 multifamily properties since the beginning of 2011, Bloomberg reports.

As the U.S. housing market recovers, apartment-rent growth is effectively slowing. Builders are adding supply to the single family home market, while new home sales continue to improve as the inventory of homes for sale improves.

During the third quarter, tenants paid an average of three percent more than a year earlier, down from 3.9 percent annual growth in 2012, according to Bloomberg.

"Investors really want the new Class A properties so we're selling into that demand," Stuckey said.

The U.S. apartment inventory is expected to grow by 1.3 percent this year as 125,000 new units enter the market, according to research firm Reis Inc. In comparison, the average increase in supply from 2000 to 2012 was 0.9 percent.

The apartment vacancy rate fell to a 12-year low of 4.2 percent during the third quarter, providing signs of continued demand even as new supply entered the market. A total of 34,834 new units entered the market in the second quarter, increasing 64 percent from last year, the most since 39,007 units in 2009's last quarter, Reis said.

Last month Carlyle sold an eight-story apartment building in Evanston, Illinois to Invesco Real Estate for $70 million, after the building opened for leasing in April.

As Carlyle looks to exit multifamily, others are still confident in the market's growth. In August, the National Association of Home Builders reported a 10-year high in builder and developer sentiment in U.S. apartments and condominiums.

Meanwhile, private equity firm giant Blackstone Group, the largest owner of single family homes in the U.S., agreed to purchase a majority stake in a U.S. apartment portfolio valued at $2.7 billion from the financing arm of General Electric.