U.S. Industrial Market Going Through Many Twists and Turns in 2Q 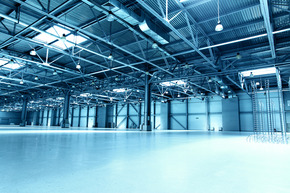 The outlook for the industrial real estate market in the US is beginning to look brighter, although not in every market and not in the near term.

According to CBRE's Q2 U.S. Industrial MarketView report, leasing activity remained surprisingly active in most markets in the second quarter, causing the national availability/vacancy rate, to drop by 20 basis points to 13.2%.

Among the reasons for the recent interest in industrial real estate, according to CBRE: Tenants want to secure currently favorable lease terms while they last and some industrial users are buying their spaces, because of historically-low interest rates.

Although industrial space demand is expected to soften over the next few quarters in the US, according to CBRE, a number of construction projects are planned or are underway, including speculative warehouses.

In spite of the expectation of relatively low demand for industrial space in the near future, demand is expected to pick up over the next couple of years as the Panama Canal expansion, scheduled for completion in 2015, is anticipated. The expansion will allow much bigger ships to pass through the canal on route to East Coast US cities, among other destinations.

This expansion of the canal has inspired a number of dredging projects in port cities on the East Coast, including Miami, to make it easier for larger ships to enter these ports. Also, a mini building boom in some port cities is underway as developers of industrial real estate anticipate more traffic and bigger ships.

In July, a developer broke ground on a $50 million warehouse in Newark's Ironbound district, near Port Newark and New York City, without pre-leasing. Port Newark is undergoing a $650 million expansion to accommodate "super-post-Panamax" ships.

While East Coast ports are getting ready for larger ships than seen in the past, some inland port cities are having a revival of their own. "We are seeing increased interest in 'inland ports' (intermodal distribution centers located inland), connected directly to major seaports," said Rich Thompson, managing director of Jones Lang LaSalle's Supply Chain & Logistics Solutions consulting practice, in an interview at the end of July.

At Atlanta-based IDI, an industrial real estate company, the Memphis industrial market--which saw a drop of 120 basis points in its availability/vacancy rate in the second quarter, according to CBRE's industrial report, resulting in a 17.7% availability/vacancy rate--was the most active market for the company. In fact, during the 12 months prior to July 1st, the company reports that it had 1.9 million square feet either under construction or completed at the Crossroads Business Center in the Memphis suburb of Olive Branch, Mississippi.

In fact, IDI has been active in a number of markets of late. A mid-year report, put out at the end of July by the company, noted that the company had "its strongest level of development and leasing since the real estate recession began in 2008. From January to July, 2012, IDI approved, staffed, or completed development on 13 new build-to-suit and inventory projects (6.1 million square feet) in eight US markets." IDI also leased 1.9 million square feet in seven markets and closed 531,000 square feet of third party leasing in the same period.