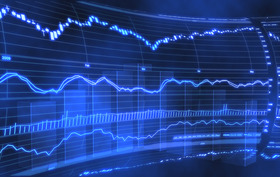 While there are a number of challenges that will face the US economy in 2013, good news is forecast for the CMBS market in the new year. According to a November 21th report issued by Deutsche Bank, the non-agency issuance volume of CMBS will increase by 50% to approximately $60 billion. That would be the highest total volume of CMBS issuance since the financial meltdown.

A number of factors are expected to contribute to the mushrooming of the CMBS market, according to a Deutsche Bank report, including the fact that CMBS 3.0--the improved version of the CMBS conduit--seems to be working well. "In our view, it is nearly impossible to over-estimate just how important CMBS 3.0 is to the health of the commercial real estate market," noted the report.

The increased demand for commercial real estate loans and banks' willingness to lend will also play a part in the resurgence of the CMBS market. "The current level of demand is even higher than in the months before the market cratered," according to the report. Uncertainty regarding fiscal policy and longer term monetary policy should be incentives for owners to seek out financing and CMBS lenders should be able to benefit from this group of borrowers, according to Deutsche Bank.

Spreads have tightened considerably over the last few years, making CMBS loans more attractive to borrowers, and accounting for the increase in issuance.

Assuming that the pace of CMBS issuance continues through mid-December, before tapering off before the end of the year, the fourth quarter will be the fifth straight quarter in a row of increased issuance volume in the CMBS market, according to Deutsche Bank. Before this current streak, issuance volumes were up and down. But as of late November, it looked as if first quarter 2013 would become the sixth consecutive quarter with increased CMBS issuance.