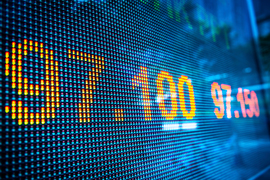 US fixed-rate conduit loan liquidations in August had the highest monthly average loss severity since December 2010, according to a Trepp, LLC report issued on Wednesday.  While loan liquidations rose by 4%, loss severity jumped to 53.29% from 37.96% in July. This is because servicers picked up the pace of liquidations a little in August causing them to reach a total of $1.44 billion compared to the 12-month moving average of $1.34 billion.

There were 141 loan liquidations in August resulting in a total of $767 million in losses.  August's reading was up 1533 basis points from July and nearly 10 percentage points above the 12-month moving average of 43.3%. Since January 2010, servicers have been liquidating loans at an average of $1.13 billion per month.

Trepp chose different ways to analyze loan liquidations in August. For example, to get a different perspective, it took out the loans for which losses were less than 2%. The reason for that, the report explains, is that many of the small-loss loans are actually refinancings where losses reflect small, unpaid special servicer fees or other costs. That brings the total loan balance for liquidated loans in August to about $1.19 billion, less than $1.44 billion, the total if all loans are included. Still, $1.19 billion is higher than any month's total since May 2012 and the second highest for the year. The $1.19 billion figure compares to an average of $887 million over the last 32 months and $1.08 billion over the last 12 months.