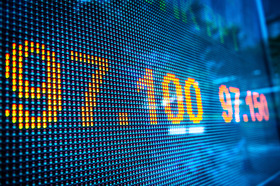 After several troubled years, the US commercial mortgage-backed securities (CMBS) market has begun to take off. So far this year, issuance is approaching $13 billion, according to a February 6th Bloomberg report, and in January, the $8.8 billion worth of new CMBS issued broke records, according to RBS. All this is happening at a time when property owners are having better luck resolving troubled loans.

"I think there was a rally in the second half of 2012, in terms of CMBS prices and spreads," says Joe McBride, research analyst at Trepp, LLC. "In June, spreads dropped to 2007 levels and by the end of 2012, it had become more profitable for a lot of borrowers to borrow in the CMBS market. For a few months, lots of lenders were sitting on the sidelines making sure the rally was for real. But once we didn't go over the fiscal cliff fully, lots of lenders and securitizers, jumped in and took advantage of CMBS spreads," he says.

"It is a good sign that people are paying off their loans," says McBride. Loans originated in the period between 2002 and 2004 had less leverage than some of the later loans, and were performing well, he says. "Basically, the market came alive and there were fewer defaults at maturity," says McBride. He adds that, according to a Trepp analysis of US conduit loans due to pay off in 2012 and that were still outstanding as of July 2011, 72% of that universe of loans paid off from that original subset.

"There are a lot of fundamental reasons for the popularity of CMBS today, says Armand Nicholi, chief financial officer for Breakwater Equity Partners, a commercial real estate workout consultancy and investment firm, based in San Diego. "Everyone is chasing yields as long as the Federal Reserve keeps interest rates incredibly low and CMBS debt is being issued at 200 to 400 basis points over swaps," which translates into interest rates in the 4.5% to 5% range, he says.

"The potential yields from CMBS (investment) is compelling," says Nicholi. "A lot of distressed debt is getting resolved today. "According to Morningstar," he says, at the beginning of 2012, there was $82.9 billion worth of CMBS in special servicing and by the end of 2012, there was $71.2 billion, a reduction of about 14%," he says. Plus, there are fewer distressed loans going into special servicing, says Nicholi. All of this is indicative of a recovery, which is one reason why there is a renewed resurgence in the CMBS market, he says. Plus, certain markets are seeing employment gains and commercial real estate rents are inching up, all good signs, says Nicholi.