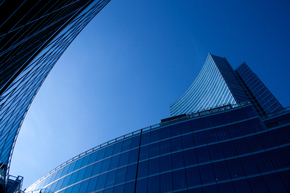 The CRE Finance Council (CREFC) and Trepp, LLC just released the results of a survey of commercial mortgage investment performance within the insurance company sector, the first of its kind.

"CREFC's Portfolio Lenders Forum and our partners at Trepp have done a tremendous job in building this initial CREFC survey--a first-ever for this sector," says Stephen M. Renna, CREFC CEO. "Insurance company benchmarking and trend analysis have not been available to the industry before now."

The survey was used to gather industry data that will allow insurance companies to assess commercial mortgage investment performance during the financial downturn as well as for general benchmarking purposes. The data came from calendar year 2011.

One of the more interesting findings of the survey is that total realized losses from the commercial mortgage holdings of participating companies went down to a level of only 6 basis points, with no companies reporting realized losses greater than 1%, a loss rate usually associated with very high quality corporate bonds.

"These results provide clear evidence of extremely solid investment performance within insurance company portfolios," according to Todd Everett, managing director and head of Real Estate Fixed Income at Principal Real Estate Investors and Chair of CREFC's Portfolio Lenders Insurance Company Sub-Forum. "They also demonstrate the reasons we are seeing increasing allocations in commercial mortgages from this sector. The lowering level of losses and minor levels of high risk seem to indicate that insurance companies are benefitting from the recovery in real estate fundamentals."

The information for the CREFC/Trepp survey was gathered from 21 insurance companies of all sorts. These companies represent nearly half of the industry's total mortgage exposure with $150 billion in combined commercial mortgages assets. Participating companies contributed data from their general accounts and any subsidiaries, in order to capture the performance of all loans held by them, including any sub-performing or non-performing loans in subsidiaries.

The value of the survey for insurance companies, says Dan Gottlieb, chief operating officer at Trepp, is they can compare their results to those of their peers. "They can look at the reports and say, 'Oh my delinquencies are higher than the average. Maybe my level of risk is higher too.' Then they can focus in on their internal practices," he says.

Although the first survey covers a full year, the next survey will cover the first six months of 2012 and will be done on a biannual basis in the future. The next survey will be sent out in mid-August with results due in fourth quarter 2012. No data has been made public from any one company, nor are any companies allowed the see data from their competitors, just the averages for different benchmarks.

One of the findings of the CREFC/Trepp survey is that realized losses, among commercial mortgages, were contained primarily in first mortgage investments at 83.24% of all company losses reported. "That is because most insurance companies tend to be conservative in their investment policies," says Gottlieb.

"Most (mortgage) holdings are in first mortgages and the percentage of loss is a function of risk and asset selection," he says. Minor losses were reported from investment in higher-yielding subordinated debt instruments (14.10% of all losses) and construction loans (2.66% of all losses), where there are much lower levels of exposure.

Among other important findings from the CREFC/Trepp survey are that the average commercial mortgage holdings of companies participating in the survey was 11.37% of total invested assets, although the range went from a high of 17.81% to a low of 4%. Plus, the survey results show exactly how conservative insurance companies are in their lending practices: The average commercial mortgage loan-to-value  held within participating company portfolios was 60.6% at year-end. Only 2.3% of loan exposure for all companies was above 100% loan-to-value.