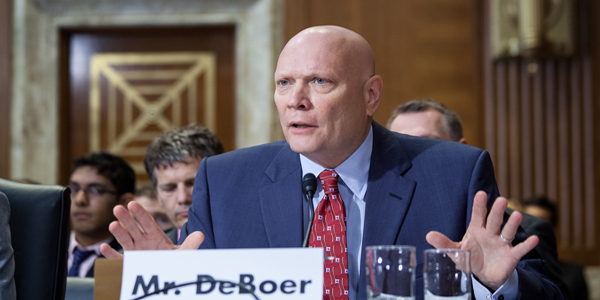 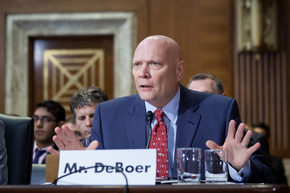 The owners of two Vermont ski resorts are glad they went to Washington last December to testify before a Congressional sub-committee. Partially as a result of their testimony, last Thursday, the US Senate passed a three-year-extension of the EB-5 Immigrant Investor Regional Center program that allows foreign investors to get green cards, if they invest in a US business, including commercial real estate developments, and create at least 10 local jobs.

According to Senator Patrick Leahy, Democratic from Vermont, and a co-sponsor of the bill, "Vermont's regional center--a national leader in using the federal program--has been a successful private-public partnership between the State of Vermont and several Vermont businesses, bringing economic development and job growth since 1997. Two Vermont ski resorts, Jay Peak and Sugarbush, are active participants in the program and have used it to launch major development projects."

The extension of the EB-5 program will be considered by the US House after the Labor Day recess. Current authority for it runs out at the end of September, if Congress does nothing.

In its 19 year history, the EB-5 program has been used to facilitate real estate projects all over the country. Recently, the University of California at Riverside athletic director, Brian Wickstrom, was looking for a way to build a new arena for the school at a time when the economic resources of the state of California are limited. As an alternative, he looked to China and the EB-5 program for help.

Last Friday, Jeff Hopkins, president of the Hopkins Group, an Irvine, California-based company that has put together EB-5 funding for local projects and is working on the arena project, told the Press Enterprise, a Riverside newspaper, that an estimated $20 to $30 million was committed to the project, after Wickstrom went to Shanghai to try to interest Chinese investors in the deal. Normally, he said, money for such a project would come from bonds or fund raising, but those avenues are no longer available.

Since it was created in 1993, the EB-5 program has attracted more than a billion dollars in foreign investment to the United States and created thousands of new domestic jobs, said Leahy. There are now more than 200 regional centers across the country with new applications pending.

The way the program works, says Leahy, "Investors must pledge a minimum of $500,000 to a project within an approved regional center and must independently apply for EB-5 visas. If approved by the US Citizenship and Immigration Services (USCIS), foreign investors are granted conditional two-year green cards. After two years, investors must provide proof that they have created at least ten jobs as a result of their investments," among other requirements.

This program, which is seen by many as vital to commercial real estate interests, has been championed by, among other commercial real estate groups, the Washington, D. C.-based Real Estate Roundtable. On June 28, 2012, Jeffrey D. DeBoer, president and CEO of the organization, testified before the US Senate Committee on Energy and Natural Resources about the need for the extension of the EB-5 program. He said:

"Law makers must consider policies to attract new sources of equity capital from Europe, Asia and the Americas, which in turn would help bridge the massive 'equity gap' complicating the refinancing of hundreds of billions in commercial mortgages (and threatening a new wave of foreclosures). Injections of foreign investment capital in domestic real estate can, incidentally, also be used to finance energy efficient buildings." Among his recommendations on how to bring in foreign sources of capital to benefit commercial real estate, DeBoer urged Congress to enact legislation to permanently re-authorize the EB-5 program for immigrant investors.