Equity One Expands in Northeast, Mid-Atlantic with $260 Million of Acquisitions 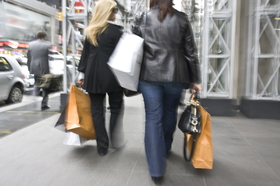 Equity One, Inc. (NYSE: EQY), the North Miami Beach-based owner, developer, and operator of shopping centers, is changing direction. Until recently, the REIT specialized in Florida-based grocery-anchored shopping centers, but now it is broadening its horizons.

On October 8th, Equity One announced that it had acquired, or is under contract to acquire, four properties for a total investment of $260 million. Three of the assets are in the New York Metropolitan region and one is located in Bethesda, Maryland.

Equity One entered into a contract to acquire the Westwood Complex, a 22-acre property in Bethesda, Maryland where it will be able to do redevelopment and expansion at the 53-year-old complex. The site consists of 214,767 square feet of retail space, a 211,020-square foot apartment building, and a 62-unit assisted-living facility. The property is in a dense, highly affluent market with 142,000 people living within three-miles with an average household income of $163,000. Equity One has given the current owner of Westwood Complex a $95 million mortgage and plans to buy it outright for $140 million prior to January 2014.

The main retail center, within Westwood Complex, has been anchored by a high-volume Giant Food store since the center's opening in 1959. The Giant lease expires in 2019 with no term remaining. The apartment building is leased to a division of Montgomery County, Maryland and is subject to a purchase right in 2017 which is expected to be exercised. The assisted living facility is leased to Manor Care Health Services through 2015 with no term remaining.

"These acquisitions typify Equity One's new acquisition criteria," says Lori Schneider, senior vice president at Marcus & Millichap in Ft. Lauderdale. "On both coasts, they have expanded their interests in strong retail properties with good intrinsic value like the Westwood Complex, an infill property with high average household incomes in the market area.

"Although originally specializing in grocery-anchored centers in Florida, Equity One had to grow," so the REIT spread out to other areas, including the northeast and California, says Schneider.

According to Equity One's second quarter 10Q, it is a REIT that owns, acquires, develops and redevelops shopping centers primarily in supply-constrained suburban and urban communities.

In addition to the Westwood Complex, Equity One purchased a retail condominium at 1225 Second Avenue in New York City which has 18,474 square feet and is anchored by CVS and 7-11. The purchase price was $27.5 million, and the property has a $16.7 million mortgage. According to Real Capital Analytics, the sale was still pending as of October 9th.

Equity One also acquired the Clocktower Plaza, a 78,820 square foot shopping center in Queens, New York for $56 million. It is anchored by a high-volume Pathmark grocery store and is 100% leased, according to Equity One.

In June, Equity One bought a development site at Broadway and West 230th Street in the Bronx from the New York City Economic Development Corporation for an undisclosed price. The company intends to redevelop 133,000 square feet of retail on the 80,000-square-foot site at a cost of $54 million, according to RCA.

In Connecticut, Equity One bought the 34-year-old 152,025-square-foot Darinor Plaza on The Post Road in Norwalk, Connecticut, anchored by Kohl's, Old Navy and Party City. It is 100% leased and was purchased for $36 million and is encumbered by an $18.8 million mortgage. It is the company's 7th shopping center in Connecticut and the third on The Post Road between Westport and Darien. RCA also has this sale as pending.